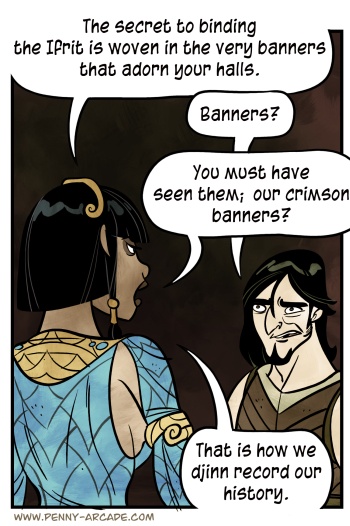 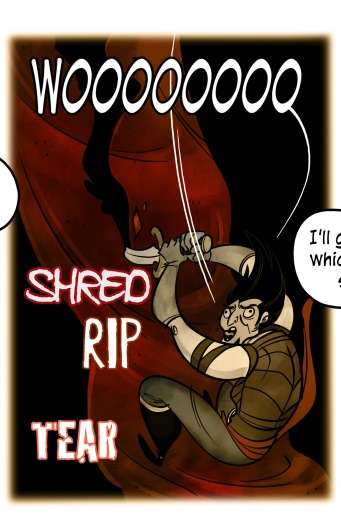 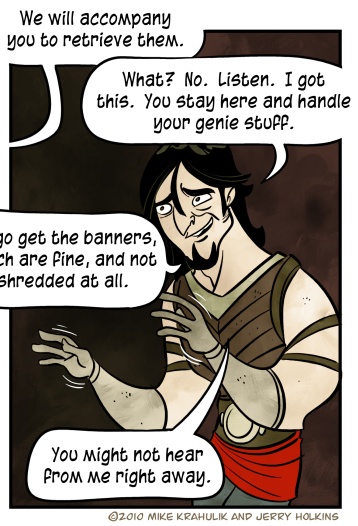 I just put Forgotten Sands to bed, last night around nine or so. It's strange, in a way, but maybe we shouldn't wonder when a series about time travel literally travels, itself, through time.

We loved the last Prince of Persia, which was entitled "Prince of Persia," without the gentle comforts a subtitle might provide. These affections placed us in the minority, though, and the franchise was routed - sent careening backward through the catalogue, regaining consciousness at a place just after the one everybody claims to like but hardly anyone bought. What you get with The Forgotten Sands is in many ways the sequel that we wished for then - a direct continuation of Sands of Time, up-rezzed, with iterated platforming that builds on its best of breed fantasy parkour.

That's really what you're there for.  It isn't that that combat is bad, exactly. I'd say its combat is as about as bad as God of War's platforming, but nobody cares about the platforming there, they're just getting from fight to fight. You'd be well served by a similar policy here: the fighting is just there, as it was in Sands of Time, and there's a lot of guys, but you can dispatch them four at a time so it hardly matters. I play it something like Every Extend Extra, as a waiting game, bursting with damage and then holding for the next charged strike. It's simply the crust which holds the pie.

And what a pie it is!  There still isn't anyone who is doing this traversal stuff as well, and it ain't for lack of trying. You will see the series at its best here, with puzzles of the mental and physical variety. I laughed aloud at its cleverness no less than five times, scowling at its brutality in equal measure, feeling much as I did the first time 'round.

A note on the story:

Good writing will not make a bad game good, but it can make a good game great, which is what happened with Sands of Time (Portal, Planescape, etc.). Its story-within-a-story conceit, narrated by a protagonist who winks at player death was several rounds of evolution beyond the state of the form.  It had romance that didn't cloy and it communicated a strong arc of discovery on virtually every axis. This game doesn't have that, which is to say, it's like practically every other game. You wont thrill to its artful contours. Luckily, the game has thrills aplenty elsewhere in its structure.

There's a new episode of Penny Arcade: The Series today, which captures (in its broad entirety) the creation of the strip entitled "Au Lait S'il Vous Plait." For better or worse.

that new style of speak 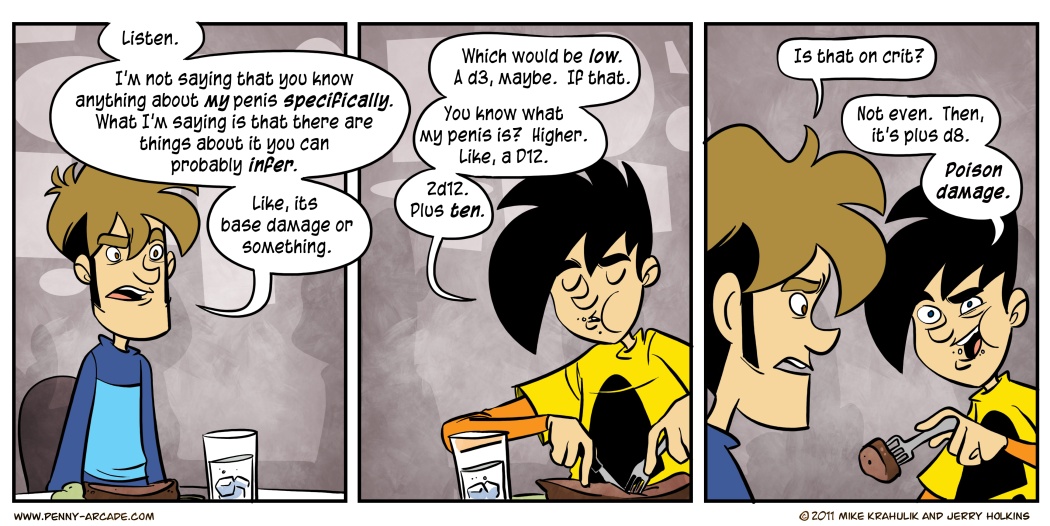