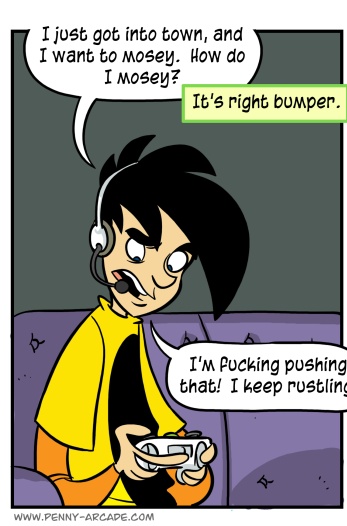 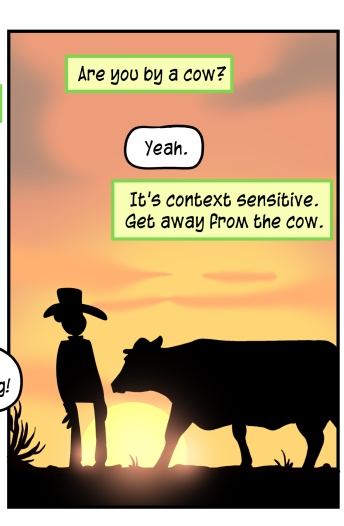 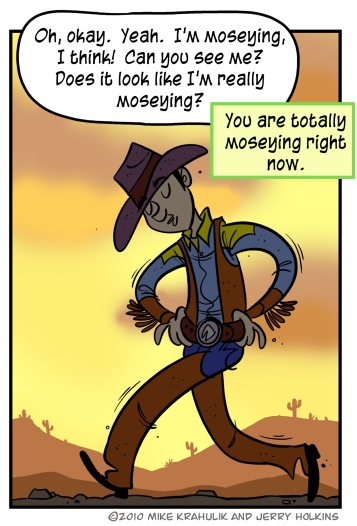 Gabriel thinks that he might be done with Red Dead Redemption already, and it won't be the first time I've taken a save we've created together and dragged it to completion. We pulled a very solid night of multi out of it, though; I should have recognized just how bright that candle was, and reverse-engineered the saying.

Gabriel (more or less) feels as though he's seen "the loop." He suspects, and not without evidence, that he will be riding a horse from hell to breakfast and shootin' them what needs it, and on 'til morning. That's what happened in the eight or so hours we played it, and they were good hours. We were shocked by the fidelity on display, the technology at hand adept in its conjuration of cool nights and palpable midday heat.  Christina Aguilera has enumerated in incredible detail what a girl wants, and also what a girl needs, but what Gabriels need is art. They have hungry eyes, and Rockstar's impeccable realism only takes him so far - that's not his fetish. It's not my fetish either, but somewhere between the resonant theme and this startling technology platform this thing is kicking off round after round of brilliant neural fireworks. I want to eat this game. I couldn't figure out what was going on at first, because there was a mismatch between the stimuli and my response, but that's it. I want to literally eat the idea of Red Dead Redemption.

It has some serious problems with its frontier patois, but that's the sort of thing that only bothers people who use words like "patois."

Multiplayer has other issues. Much as with GTA, it's incredibly impressive that you can drop into that world with other people and it will still be there. But this is some blasted-out carapace of the world you get in single player, the one with all the interesting characters and interesting jobs, which is to say that there are characters and jobs of any kind. I can hardly bear to go there it's so desolate, but it's not desolate as in "lonesome," which is what you are looking for sometimes, and the single player delivers. It's desolate as in "save for the cacti this might as well be the moon."

We talked about fetishes before, briefly - my fetish is not ostriches, but context. Red Dead Redemption has progression, so, like, two points for that, but it has no context, which strips the previously granted points of their value. More accurately, it puts the points out of phase with a value-granting structure. Outside of the novel setting, the individual multiplayer games have nothing substantial to offer a person other than progression. This is pretty ordinary stuff.

There are so many things to do in the actual game that you'd want to do with other people: you'd want to play horseshoes, or Poker, or Blackjack. Even those would be diversions, though. You'd want to drive cattle, or steal them; you want to cut a slice of that country out and see what you could make of it - or get yours riding rough over the smaller towns. As it stands, you're given desperately limited access to a sterile, stricken place without heart or memory. 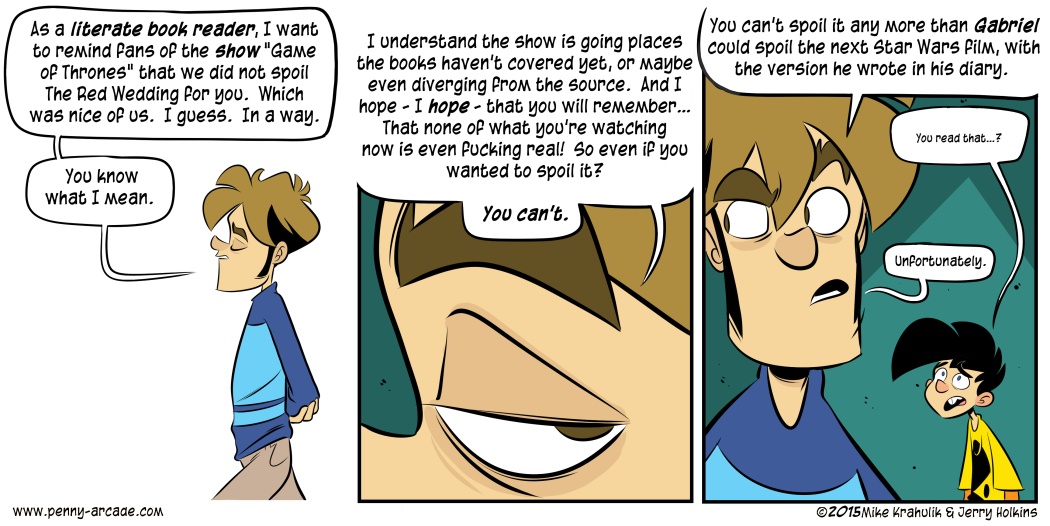