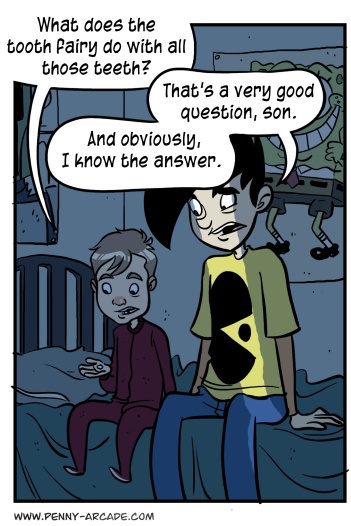 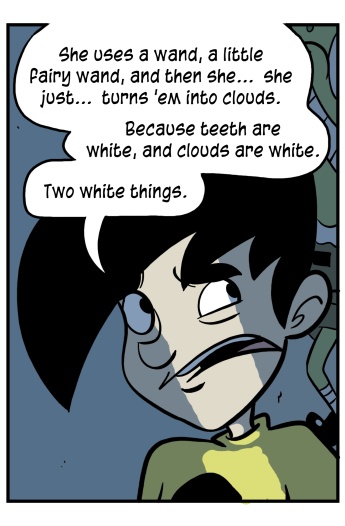 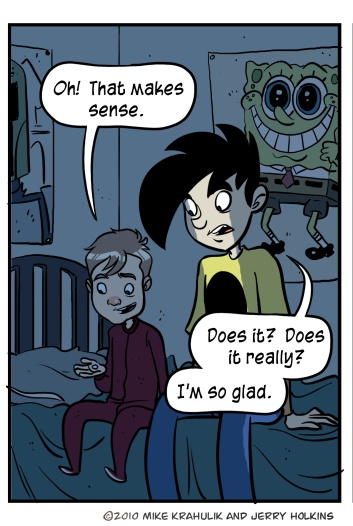 It's pretty incredible where young people draw the line between which which things are impossible and things which are made possible by inexplicable magicks. People living in a space station, right now over our heads, clearly that's not true. But a tiny flying person at the helm of some tooth based economy is a thing quickly absorbed.

I don't know that I've ever been so flummoxed by a piece of technology in my life. I was impressed by id's RAGE demo, obviously - but it wasn't in my hands. As an experience, it was mediated by any number of codecs and mental models constructed to imagine the reality of the interaction. Epic Citadel is exactly the opposite. We've run it on everything it will run on here at the office, and it is very nearly horrifying in its fidelity and expressive power, from the iPhone 3G up.

I actually get confused when I look at it. I know about "the graphics," at least from a terminology perspective, because any vein of jargon is my delight. I like reading really weird crap and pretending that I understand it. But the cumulative assault of the demo's various pieces - the audio, the imagery, and the controls - are the sort of thing that makes a person say "fuck" over and over, like stubbing your toe, only you've stubbed your mind. It has bumped up against something unrelenting, and you suffer as a result.

It makes me feel like a caveman, frankly. I fear the device. And I fear the godless wizard trapped inside.

I don't know what kind of a market there is for engines of this sophistication on those platforms; success stories on the iPhone tend to be small teams of virtuous, entirely autonomous hax0rz distilling something potent, focused, and native on the device, releasing it quickly with a "lite' version in tow, and then following up with frequent updates. I'm betting that a term like "art budget" would probably produce more snickers than spreadsheets, generally speaking. But that's now. And now never lasts very long.

PAX is upon us. The cauldron is ready; the stars are right.