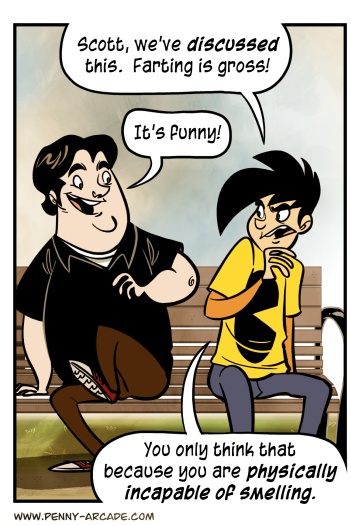 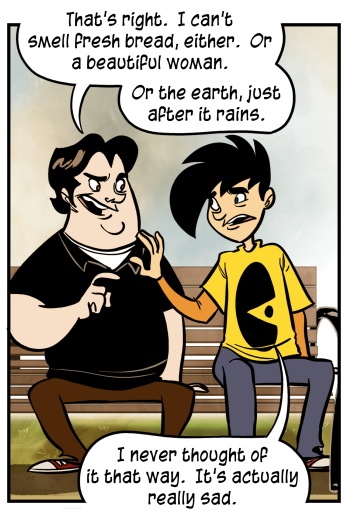 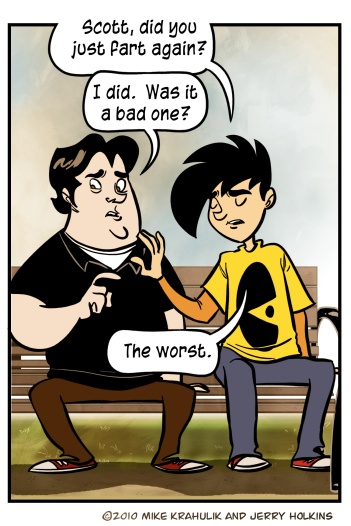 Integrating another human being's unique biology into the office has been a unique proposition. Scott claims that before moving north, nobody's ever even mentioned his talkative ass, but his friend and cohort Kris Straub just left the country for an entire month - presumably to get oxygen.

The only thing I know about Stargate is that it features Gates which allow one to travel the Stars, and that's pretty much the balance of it. Oh, and the online CCG is good, but I've liked almost everything by SOE Denver (née Worlds Apart). I started pulling down episodes of Stargate Universe only because my friend John works on it.

You never know how shit like that is going to go. How many among us have gone to see a friend at Open Mic Night, only to drink and drink until the pain was gone? It was easy enough to begin watching it, because the entire first season is available on Netflix - that's twenty episodes in all, which I absorbed in the space of a week. I was like a madman at an Indian buffet, cupping handfuls of butter chicken near if not exactly in my craw. Recall that this was without any specialist knowledge of some all encompassing Stargatey "thing." There may be some rich sideband of data that the true enthusiast may be able to glean, but if it's possible to enjoy the show more than I do at this moment I'd be incredibly surprised.

I've spent the last hour or so trying to find someplace to watch tonight's premiere online, and God knows how many rogue processes have taken root in this machine as a result of this appetite.  Indeed, I searched fruitlessly for a long enough period of time that the show cropped up on Hulu in the normal course of events. If you're just getting into it now, you're lucky; you won't have to suffer through a truly brutal cliffhanger. A crisp, ripe show will simply fall into your open palm.

her favorite colors be platinum and gold