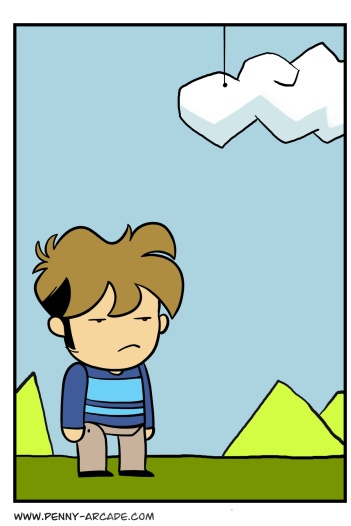 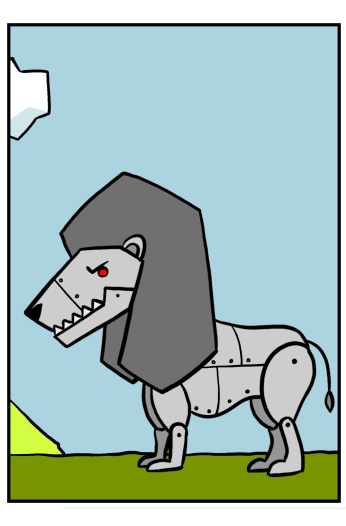 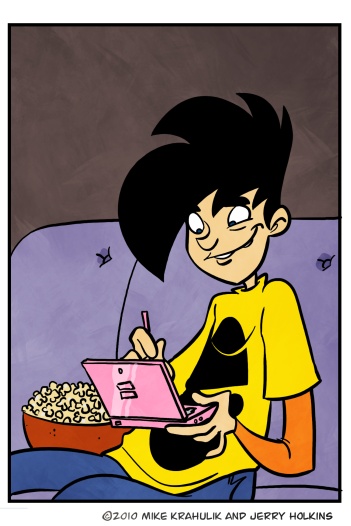 The sloth of today's game designers is revolting. What is the biggest innovation in the last six years of aggregated shooting? Literally, it is the ability to cower. Gears of War 3 lets players press A to snivel behind a topiary. By 2012, your emasculation will be the new normal mapping. 5th Cell - creators of Lock's Quest, Drawn To Life, and the original Scribblenauts - seek to break this cycle, with the bullet point to end all bullet points. Super Scribblenauts features (and I am not joking about this/why would I joke about this) the ability to use adjectives.

As I neared the end of the first "constellation" of puzzles, it told me that I was entering an Adjective Level and I wept. We're talking about a level I could bring to its successful conclusion either partially or entirely through the use of describing words! I made a chocolate snake (specifically, a taipan) who promptly flipped out and then bit an ice dog while a vanilla car looked on in horror. The stuff you come up with just screwing around in the menu screen is indistinguishable from medicine lodge visions, or from smoking the resinous sweat of Dream Bark.

People should have Super Scribblenauts in their bag at all times, just to perform an an extemporaneous psychological examination on people. Just give them the run of the place there at the main menu, and see what kinds of shit they get up to. Watch them tuck a human baby into a hot air balloon. Watch them hold a Bar Mitzvah for a scorpion.

Watch them try to install an IUD into a male shark.

I prefer the puzzles in this, the second Scribblenauts, to those in the first one - I feel like I need to occasionally trot down to my subconscious mind and wheel out another mine cart full of words to try. Because it's a game based on words, though, occasionally you can run aground as our people once did in Sierra-style "parser" games, where you know the answer but do not know how to say it in a way the game will interpret victoriously. In such cases, I make use of the built-in hint system, mutter a grisly curse on its creators, and get on with it. I can never manage to stoke an enduring rage. Generally, I'm just happy that something like Super Scribblenauts is a real thing that exists.

i was lost in the pages