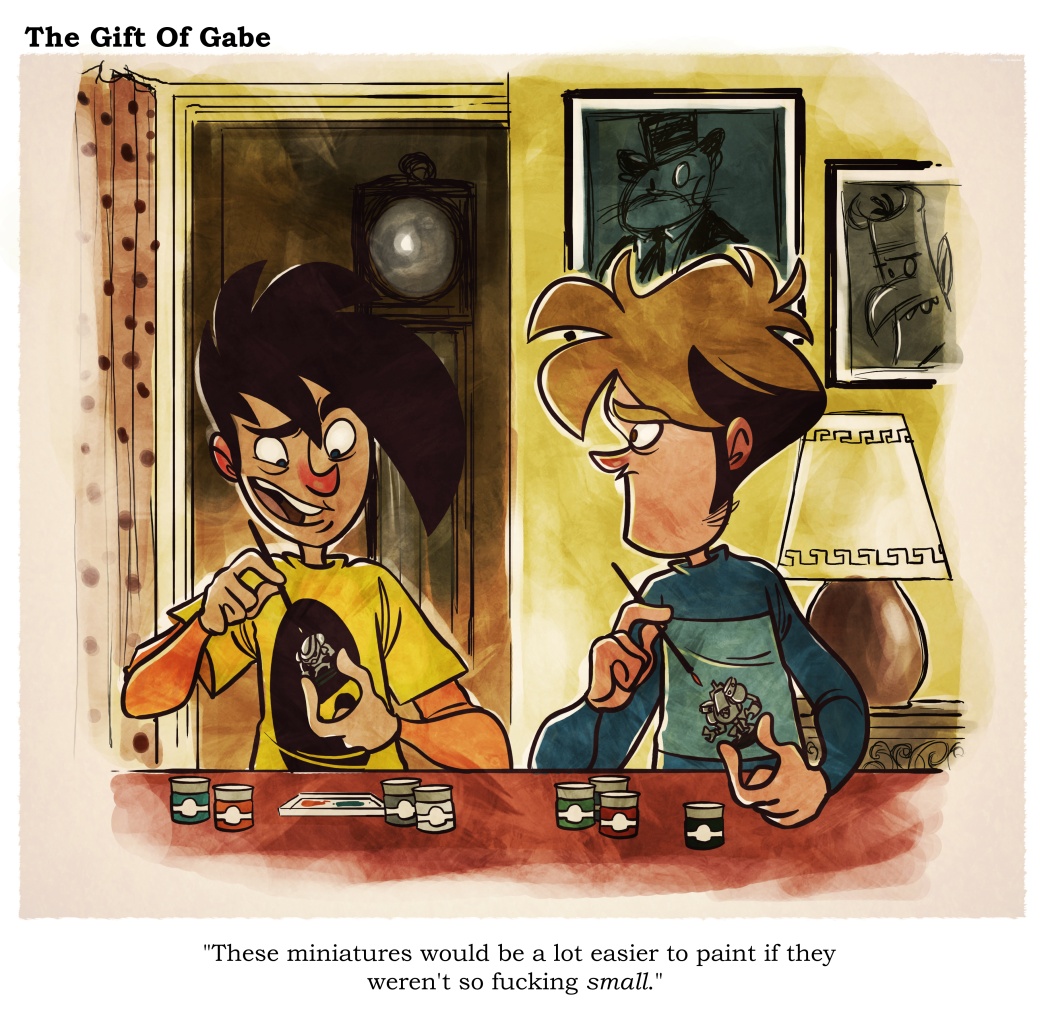 Gabe had an idea for a comic, and after a nominal attempt to make three panels out of it, it seemed to fit more naturally into the single-panel "classy comic" style found in the New Yorker or the Playboy issues which I absolutely never read as a young man.

(An anecdote: as a younger man, but not necessarily "young" by any objective standard, I had a driving phase. For some reason, I felt as though it was vitally important that I drive for hours and hours without apparent purpose. This phase was accompanied by thrice-dubbed cassettes from such youth-fuel outfits as Front 242, Pond, and Ministry. Spokane has no shortage of prairie roadway, mile upon mile of immaculate surfaces too vast for any kind of enforcement. I saw something on the road as I was driving by at perhaps sixty miles per hour, in the middle of a rainstorm, in the dead of night, and accurately identified it as pornography.)

As has probably become apparent, the arts 'n' crafts aspect of hobby gaming is a strong driver of his interest, so maybe it was only a matter of time until he found a game with a more or less compulsory "fine arts" element. I've long since sold my Necrons, I remember my games with them fondly, but I was bad at maintaining them and ultimately thought they deserved better. Warmachine fever struck the office all of a piece, Gabe's going Menite, Kiko's gone Khador, Brad's going Cryx, and I saw a set of Cygnar paints on Scott's desk, so that's probably that. Typically the accepted construction is that Gabriel arrives late, I pretend to be angry though I am secretly elated/vindicated, and then you and I share some amusement at his expense. This time, I think I got in too early.

I'll always be peeking in the window on these games, hand against the glass. At PAX, I saw the most incredible figures by a company I'd never heard of ("Soda Pop Miniatures") tied into a kind of tabletop dungeon crawler where one side plays the crypt's foul denizens. I was enraptured! And then I remembered that my hand shakes like a fall leaf, and I have no capability whatsoever to beautify figurines, and I turned away from the booth and walked away for absolutely ever in the emotionally ravaged fashion of David Banner.

It being Friday, we have fresh Penny Arcade Television for your enjoyment slash edification: specifically, a second salvo of brutal Blamimations.

they swelled and they died 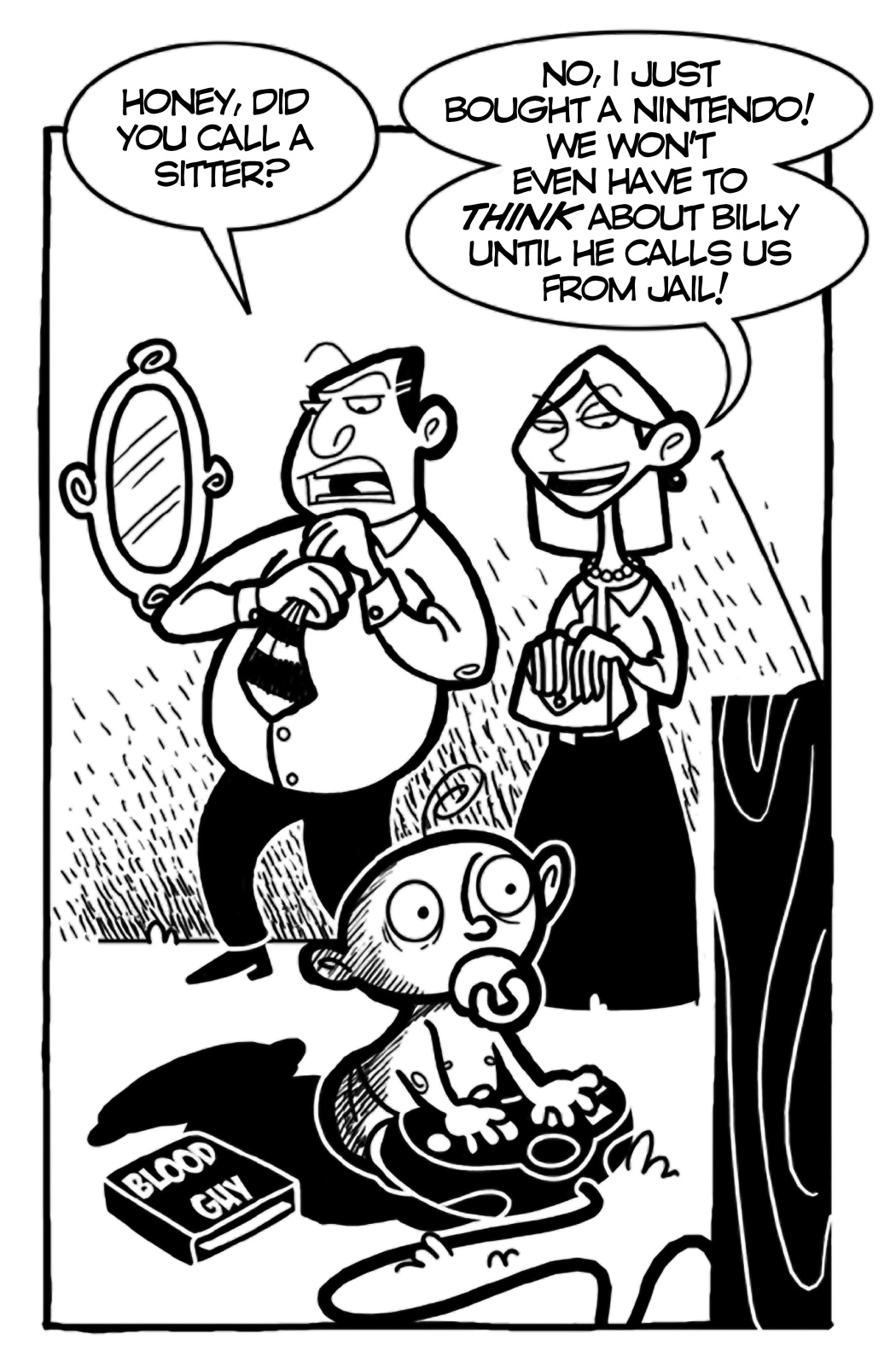