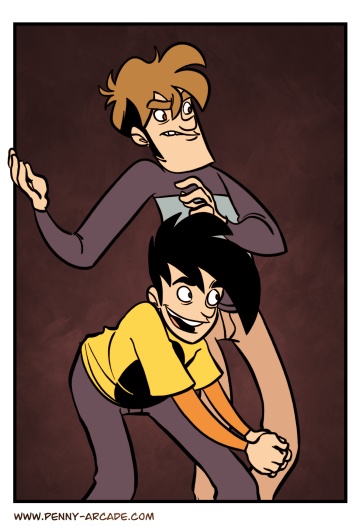 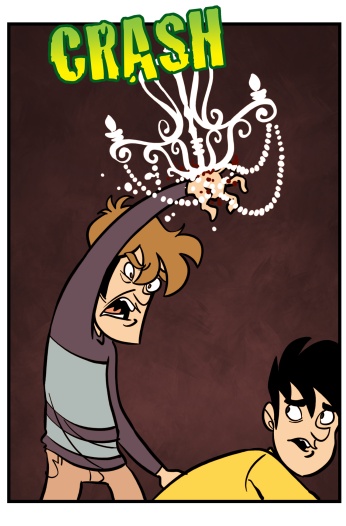 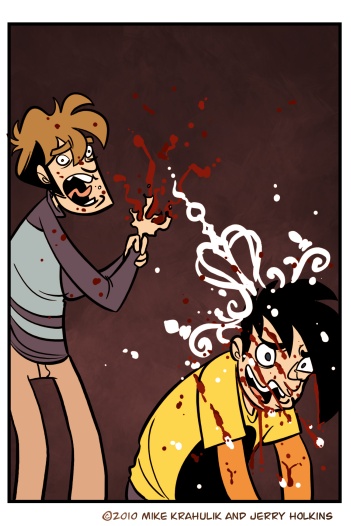 Brenna took my Xbox and its grim Observator to a party, and when she returned near midnight, she didn't have it with her. She'd left it at the party because the gathered throng were so amused by Dance Central that she couldn't bear to withdraw their Funk Totem. When her friend Ellen brought it back the next day, she wanted to know if they could get one for their Xbox, or if you had to have some special version, or what. I don't know what the arrangement is between Microsoft and Harmonix; whatever it is, it can't possibly be commensurate with their contribution. "Free Dance Central" when you spend 25 dollars at Old Navy? When would Old Navy have ever been in striking range of those wretched Goddamned werewolves and sorcerers in Redmond?

The Kinect requires no peripherals as such, though you often get a few in the mix without meaning to; lamps, Afghani poufs, architectural models, young people, you know. Other things. Other sharp things.

The official Child's Play site is now open for business, although I suppose technically it's open for charity. You know what I mean.

As I've mentioned throughout the year, Child's Play has become a kind of general purpose aggregator of the community's noble impulses - independent of the official drive, or anything we do here. It's the life we always wanted for it, and being in a position to know, it is like having a child who manifests every cubic centimeter of their incredible potential. You can see on the bar already that checks from completely independent events have "salted the kitty" to the tune of almost two hundred thousand dollars. By the time we're done here, Kiko will regret having made the bar go to a shameful one point two million. He will have to change it. And then, I daresay he will have to change it again. Most likely after the annual Child's Play Charity Dinner and Auction, which you can get tickets for right here.

I'll detail my own donation on Wednesday. In the meantime, why not see what your nearest hospital needs? Or, shit, why not the farthest? Take look at the map. I donated to a hospital in Egypt last year, but it's entirely up to you; this isn't really something you can do wrong.

she don't give a damn 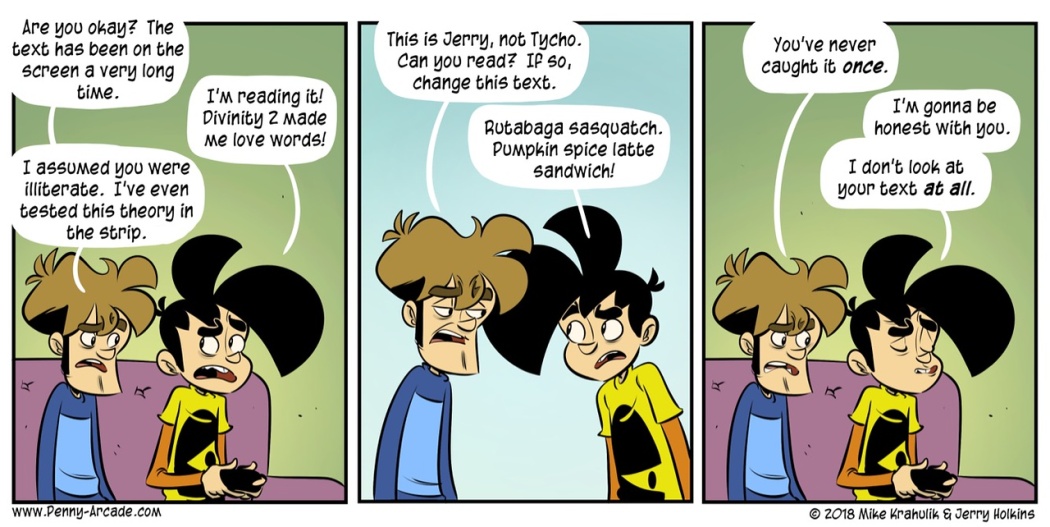