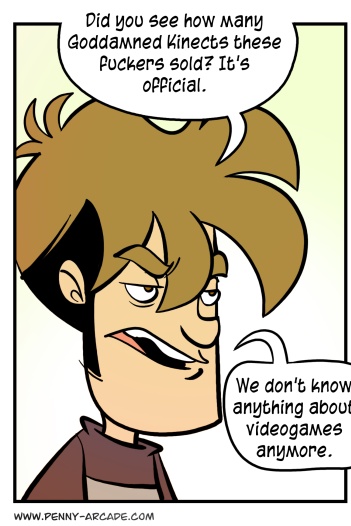 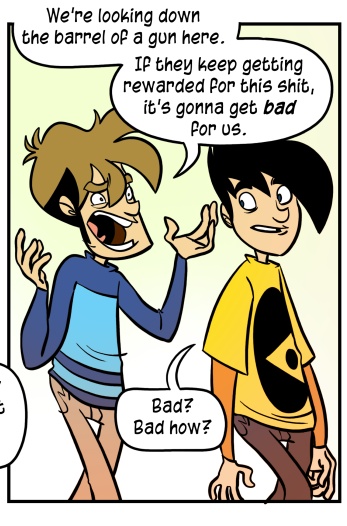 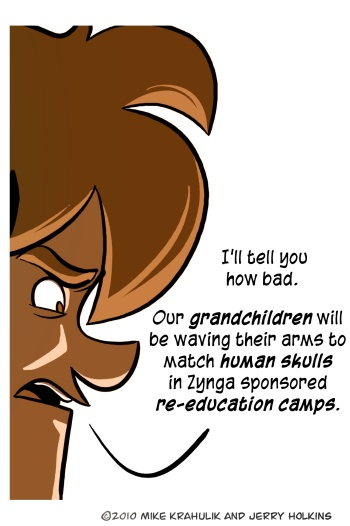 I keep saying that I'm not going to talk about Kinect anymore, but it's such a comprehensive lozenge of so many ideas that it's kind of irresistible. This isn't even really about Kinect anyway, it's more about its shredding, concentric psychic wake.

I said that Kinect would succeed in direct proportion to how much we as a collective entity despised it, which was about fifty percent dark prophecy and fifty percent joke, but at the end of the day (specifically, at the end of ten days) it seems like the weird and frankly unprecedented bullshit happening in my own home is happening in other homes as well, and those homes where it is not currently happening are wondering how they can make it happen there. I received the following text from my sister:

Have you played the new x box game? The one where you do not need a controler? - Jenni P

My sister and I do not talk about videogames typically. We could not be more different from one another; the only thing we have in common is that we both like girls. Our conversation topics are deeply throttled, consisting primarily of my efforts to mine her for jargon relating to her role as a professional chef of the French style. But she wants very much to know about the "x box game," specifically, the "one where you do not need a controler."

Warren Spector's keynote at PAX is still careening through my spine, the thrust of which was that art forms either remain in the cultural ghetto or are co-opted by the larger culture. That's an incredibly provocative point, and I could have listened to him illuminate said point for hours. In the strip, I shape dark imagery toward a purpose which is meant to be closer to ninety percent joke, but I'm troubled by the extent to which our instincts and reflexes when it comes to new technology paradigms are just wrong - and not merely wrong, but catastrophically, a hundred and eighty degrees back-Goddamn-asswards.

Without belaboring the point, Child's Play this year is off to the races, with another year set to pulverize expectations and burn away cynicism. I have unsheathed my card, and I'm about to make this year's purchase. How about you?

that's how we do it