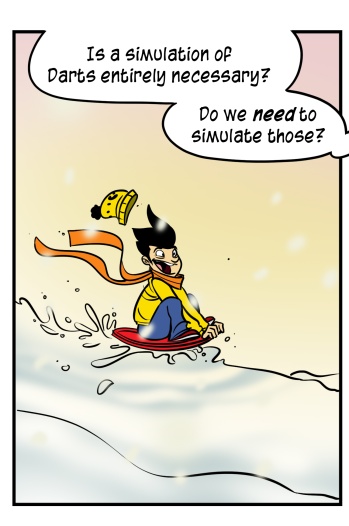 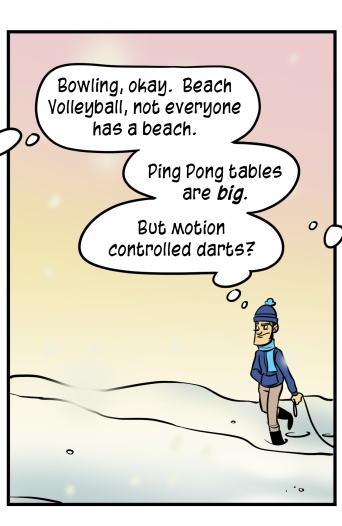 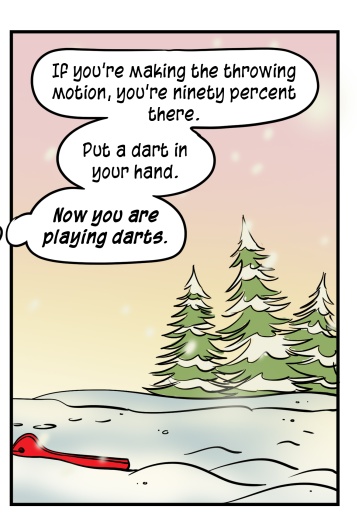 The last time my father left, for real this time, the legal document that came to define our relationship decreed that I had to go there every other weekend. I'm not especially good at being told what to do, by anybody, and neither is he, so when I'd go to the trailer he lived in to angrily serve out my sentence he was rarely ever there.

I did what any eighteen year old would do in this situation: I took advantage of his deep roster of top shelf liquor, perused his library of intense VHS erotica, and played darts. I would also take huge stacks of his CDs home to pawn. At the time, I felt like we were more or less coming out even.

The upshot of all this, aside from the fact that it makes such a heartwarming Christmas tale, is that I learned Darts is actually a really good game. I didn't know how satisfying or robust it was, especially as a connoisseur of play, because you pick up the scoring in a second and then spend the rest of the time contending with the behavior of these real objects. I knew that you threw sharp things at something, which has its own appeal, but there are many ways to play the game and they're almost all fun. Bars often have dartboards, a truly horrifying combination, a cracked and ragged road lined with punctured corneas which ultimately lead to the invention of the soft-tip dart. But, as players of games, you might have overlooked darts.  Which would be too bad.

It might even be that you experience it digitally. You might have heard about Top Darts, an imminent Playstation Move title where you play darts. Calling it Top Darts strikes me as a bit presumptive, cheeky even, but whatever. Also, making a big deal out of a game where you stare at a dartboard being in 1080p borders on the ridiculous. Darts is a great game, though. I think it's worth asking whether you need the most advanced console on the market to simulate such a game, a game where you toss things no more than eight feet. I mean, you tell me.

I said a long time ago that Steambirds was interesting, and you should play it, and since it's come out for Android and iDevices there are more ways to do so. Over the weekend, though, a sequel of sorts appeared: Steambirds: Survival, which throws out the campaign concept for a breadth of distinct planes, a growing squadron, and endless waves of foes. Waves of this kind in a turn-based dogfighting game have a distinctly different feel than most "horde" modes,something you could see very quickly if you click that link. But the article that accompanied the launch - "Goodbye Handcrafted Levels" by Daniel Cook - is typical Cook iconoclasm, that is to say, it's a must read.

the gentle moon's the shepherdess