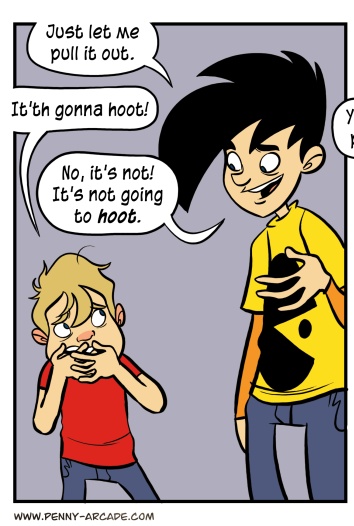 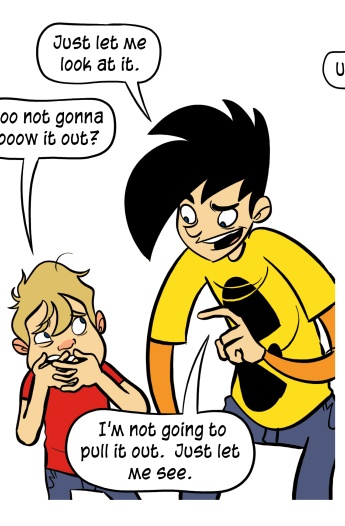 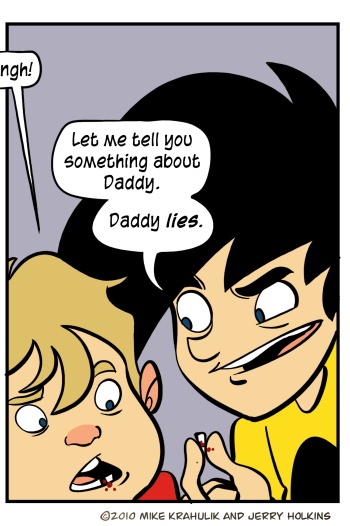 I suspect that when it comes to fathers and sons, it would be easier to count the truths than the lies. Just this morning, Elliot wanted to know how Ronia was born, and I had no intention of depicting this scenario with any granularity. Instead, I told him that I found her in a shell underwater. It was more elaborate than that, but only because he kept tugging on the thread and I had to arrange ever more elaborate falsehoods to distract him: there were grey sharks adorned in sunken treasure, and a Crab King who laid a garland of red seaweed on her brow and named her Ka-chik-Cha. Honesty is supposedly the best policy, one hears this often, but the truth is that there are no sharks wearing rings and chains of gold in the actual ocean, and I'm sorry but that sucks.

Gabriel cloaked himself in lies earlier this week, when he was forced to regulate a mouth related issue. Maybe don't come to him if you have a dental problem.

The Dinner last night went off swimmingly, and in a novel turn, I actually had a chance to eat dinner at the dinner, and it was still warm when I did so! Supernatural.

Dinner was not the point of the Dinner though, it never is, though I heard the chicken was a good, tender chicken. The point of the dinner was to raise just over a hundred and eighty three thousand dollars in two hours, which it absolutely did. I made up a very small measure of that myself; there was a thirty-five point Protectorate of Menoth that Gabriel I bid up exclusively against each other that is now in my possession. I'm not sure if it is possible to be happier than I am at this moment, but I'm willing to investigate it.

In all, though, I caught up with a ton of local industry folks I only seem to see at this event, rubbed shoulders with readers, and then got on stage and completely wrung out both groups, leaving them destitute (for charity). The Portal Gun from Volpin Props and The OmegaClaw both went for fifteen thousand or more, and many first time lots came snarling out of the gate for thousands of dollars. LoadingReadyRun (of Desert Bus fame, or vice versa) delivered their check for two-hundred and seven thousand dollars, on top of that. An incredible night, anyone would be proud of it.  But it's only a footnote to the larger drive; a drive which is ongoing, and has need of you.