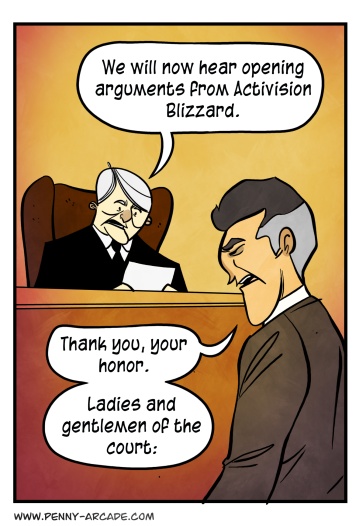 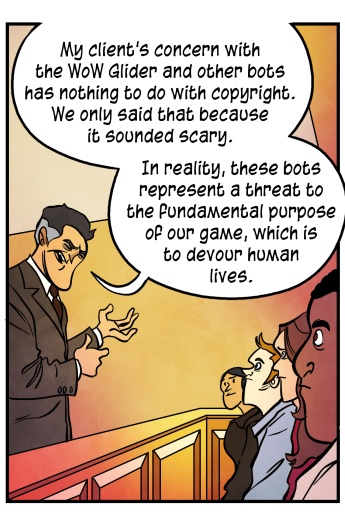 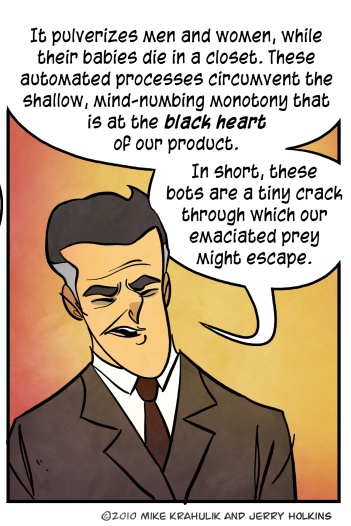 With the WoW Glider case having been examined on appeal, the legal furor between Activision Blizzard and the makers of the automation tool is front page news again. We tool the liberty of dramatifying the opening arguments.

There's are multiple thresholds of simulated activity here, and I don't think there's one answer. For example:

maybe I can see why they wouldn't like that. Back in the day, I resented all manner of gold selling on the foundation that it had some kind of effect on my own experience by destabilizing the economy. Is that true? I don't know, and I honestly doubt it.  It's entirely possible that I was just dressing up some kind of appeal to a digital manifestation of the Puritan work ethic - the idea that someone, somewhere was getting either their money for nothing, or their kicks for free.  On the other hand, the scenarios described in the WoW Glider FAQ don't seem unreasonable to me, and solve what I see as problems with the core product. Being able to succeed at all in the higher levels requires specific roles with the appropriate levels and equipment, and a point of failure on the social side of this game can keep you from getting the most out of your subscription. But, I mean, good Christ. It's not like bots let you play the game without paying your fifteen dollars a month.  It's not (in the ragged parlance of the youth) "hax."

In Chris Kohler's review of Assassin's Creed: Brotherhood (which Erika refers to as "AssBro"), he laments the Farmvillian substrate everything seems to be jammed into. I'd caution anyone about a wide application of this analysis, because you get onto some Nietzsche shit pretty quick. When you look into the Farmville, the Farmville looks also into you. Our games are studded with manipulative tendrils and barbs which resist their removal. He and I disagree on Brotherhood, but if he were to swivel that weapon toward World of Warcraft, I suspect we may find some common ground.

i have all of the usual objections 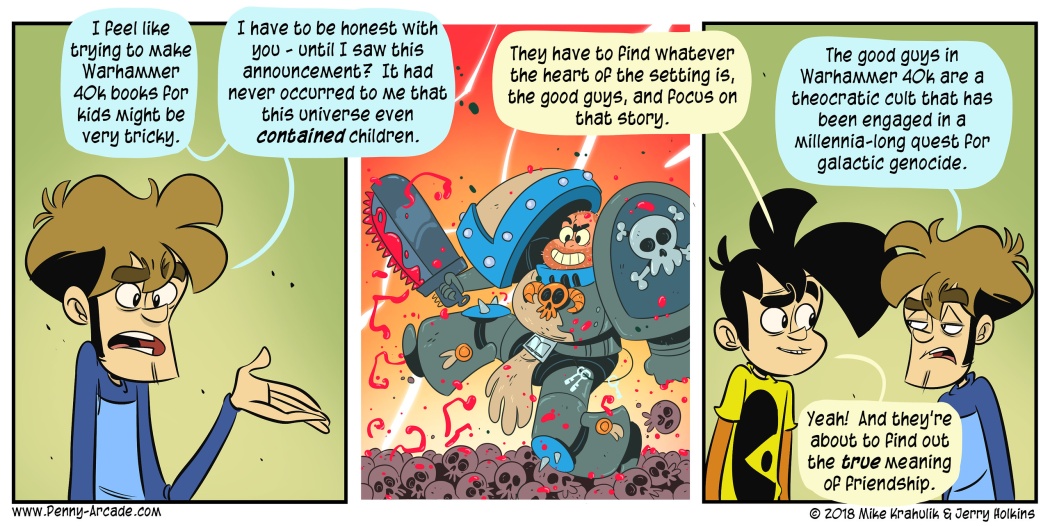