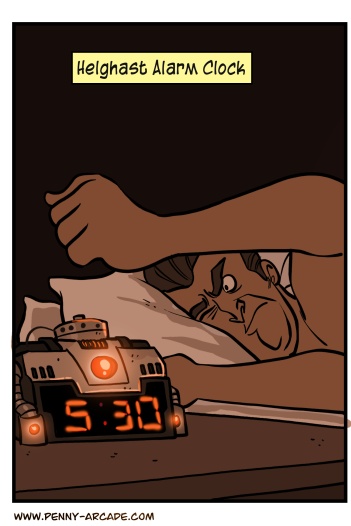 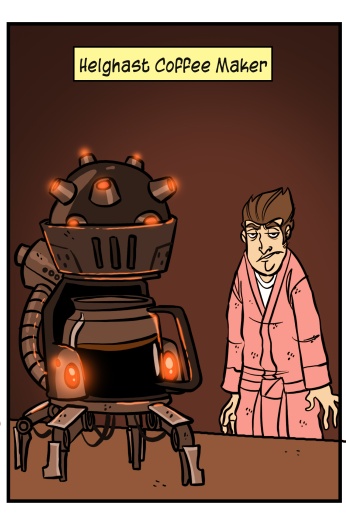 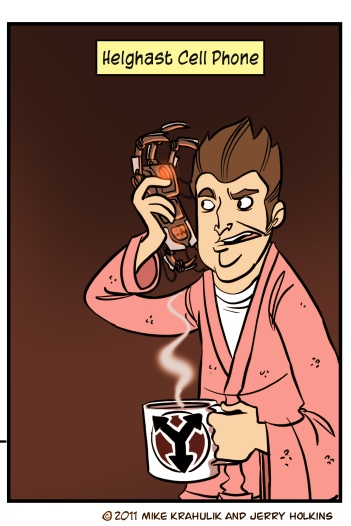 In many ways, I just buy the industrial design in Killzone. I buy that actual ISA weapons and dropships might look this way, and I can see a kind of mechanical genetics at play: this lead to this, pragmatism with the occasional muted flourish. I wont lie, I've reloaded just to see the weapon. The Helghast, on the other hand - British Space Nazis (?) that make up Killzone's opposing force - have an industrial design that is all kinds of brooding Skynet nonsense. There's a certain PR factor to be taken into account; a floating, red-eyed arachnoid is definitely situated in Scarytown. But in the middle of all this functional stuff, thoughtful stuff, it verges on hokum. It's like the Helghast have internalized the villainy, they think of themselves as villains, and they surround themselves with little shrines to their own evil.

Do they have anything that isn't horrifying? Our guess is no.

After I suggested that the Killzone beta was a beta only in name, and that it worked well, it stopped doing this almost immediately. Now, I might get an error called "20002" for as many as twenty minutes before I'm allowed to get to the menu that lets you play. I downloaded an update yesterday for the game, twenty illustrious megs, and the main distinguishing characteristic was that the error code was now longer and considerably more alphanumeric. I didn't see it in the notes, but these rich and varied error codes really brought a lot of zip to the proceedings, big bursts of 'zazz and wow. I also saw a radical new error, and I mean rad like those Surge commercials rad, where the machine was on and everything else was on, but the machine forgot which of its holes the video signal was supposed to spill out of.

Gabriel and I are smitten with the thing, and problems like the ones described above might be strange for marketing ordnance posing as a technology assessment, but "back in the day" the Anarchy Online beta actually overwrote my boot sector. I think of installing an Open Beta the same way I would think of jumping on a live grenade. This is really the state of play, though: are these problems all down to server load? Because this is the very software every available review is based on.

Kiko's problem with the game is succinct, and stated thus: guns don't do damage. That certainly hasn't been my experience; my opponents' weapons seem to do quite well. But for him (and I suspect many players with a robust, genuinely competitive skillset) the game's "unique" weight is indistinguishable from "bad." I'm terrible at all games, so if somebody shoots me in the back with a shotgun as soon as I spawn, it's a very long time until I start to blame something other than myself.  i find the experience and progression schedule appealing, and it drew me in.  I'm going to bring my Move into the office and see how he fares on that. I've used it a couple nights now, with varying levels of success, and I can't tell whether it is a future wand or a fissure leaking hatred from the demon-haunted Warp.