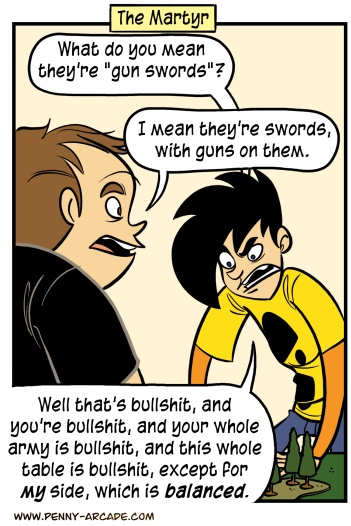 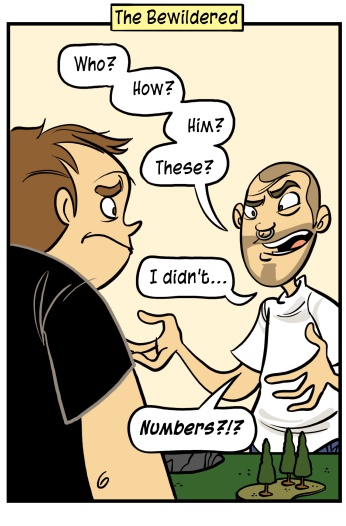 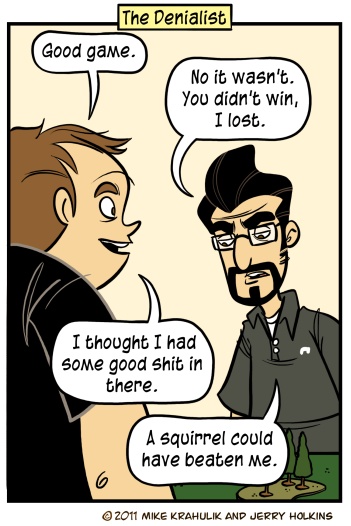 Losing in a game that takes a long time to play feels bad; and losing in a wargame (which has a tactical component, even if dice are the final arbiter) feels worse. These things are compounded until the defeat becomes a barbed crown of shame, a crown which stands upon each brow differently.

We only had three panels, so there wasn't one left for me, but I tend to internalize the loss or contextualize it in a greater framework of personal failure. I lose because I'm bad - at games, and at living. Bad on the inside. I'm not a bad loser, as it is my absolute expectation. What I am is a bad winner. But this is something that happens so rarely it's not something people must endure with any frequency.

I can watch a sport, and because it is a game and I like those, I know what it means when the pieces move around. But this knowledge extends only to this particular instance: my awareness doesn't extend past the boundaries of the current iteration, there's no metadata I can use to make predictions, or to claim ownership. I also don't care. So, there's that. It's very different when watching a game you understand unfold, but it also helped me to understand this other pastime, even if I am not currently a subscriber.

I think about our Monday matches all week, and I quickly came to realize that I was thinking about "plays," such as those catalogued on sports programs about sports where two men talk about "plays." I know how far this moves, and also what it means to move that far, even though I wasn't playing; I bit my nails when the Angelii swept up, and rode each savage reprisal like a wave. And what, then, if my eyes did sting with its beauty? I could see the weft of the round's structure, and the rules threading through, and the great creatures moving atop it, trundling the ragged warp of the fray.