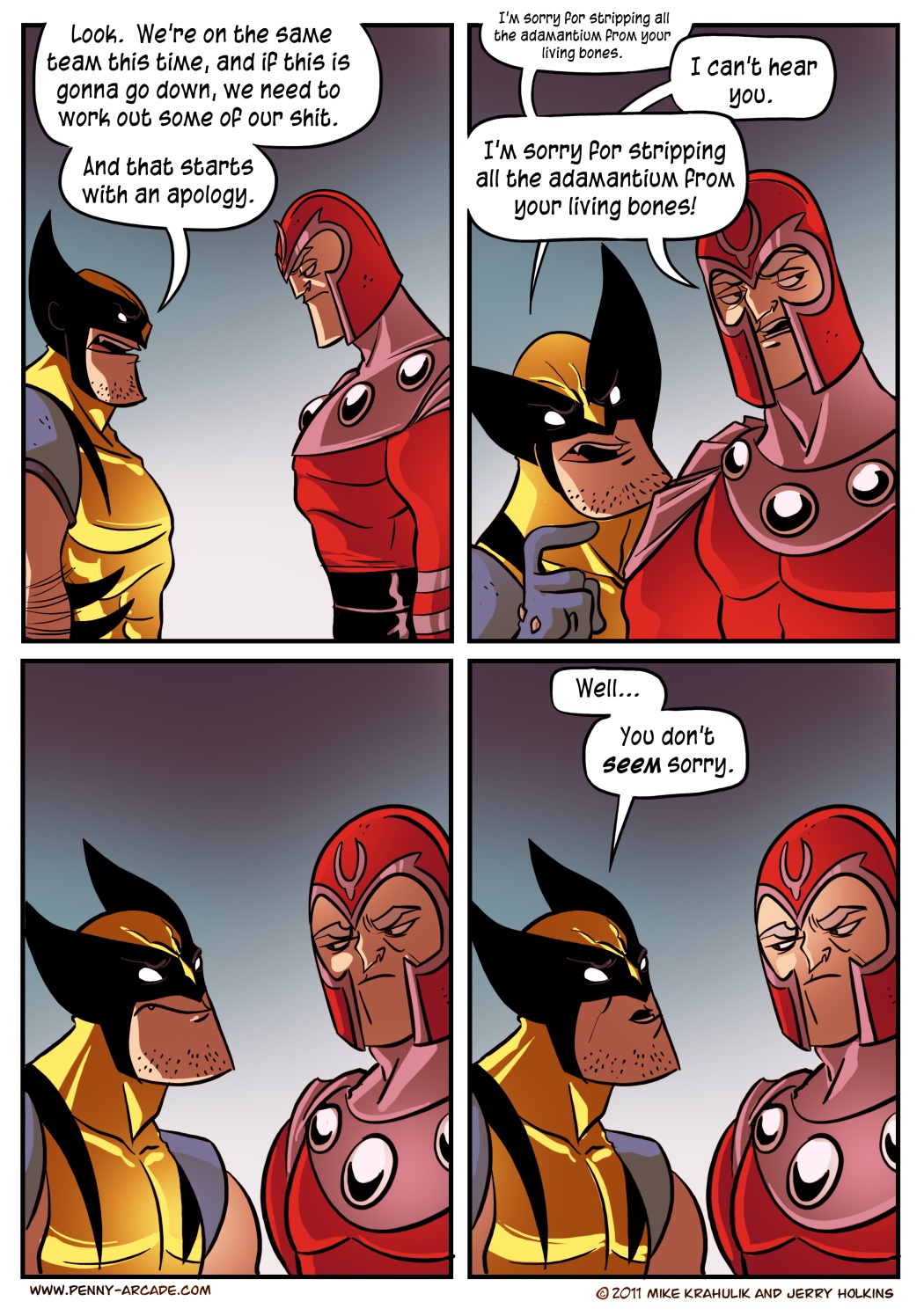 It's very hard to tell how long a fighting game will be a going proposition around here. Soulcalibur IV is still played almost daily by Keek and Robert, typically beginning at 4:30, and that game is three and a half years old. That said, I'm not entirely sure it's really about Soulcalibur anymore.

Marvel Vs. Capcom 3 extends a clutch of gripping tentacles though, each textured to snatch a specific phenotype. The game is enjoyed, generally speaking, as a game. But Gabriel comes back in large part for the lavish art, while Robert and Ryu have a long and fruitful union. Kiko enjoys the deckbuilding aspect, which is as rich as you feel like making it, and Scott loves the splendid and loving take on the heroes of his youth. I like to pushem on the buttons. Oh! And also to fashion metacanonical team-ups with a lot of inherent drama.

I'll probably be playing it seriously until next week, which is when every game launches. Two Disgaea games, Bulletstorm, Killzone, and Radiant Historia just to describe the top of my list, and a ton of incredibly weird stuff I've been curious about forever. And just inside March, there's another wave. I mean, that's it; I'm going to have to switch to Monarch.

It's very rare that I embed videos in my posts, but this really got ahold of me. They made some really amazing stuff, with ideas that don't really have easy analogs elsewhere.  If there were a God, I would ask him to bless Bizarre Creations.

There's a new group blog on gaming called No High Scores that has a hell of a crew behind it, and deserves a spot up on your bookmarks bar.  Maybe it could go right where all your Gawker sites used to be.

the rede rose and the lilye flour