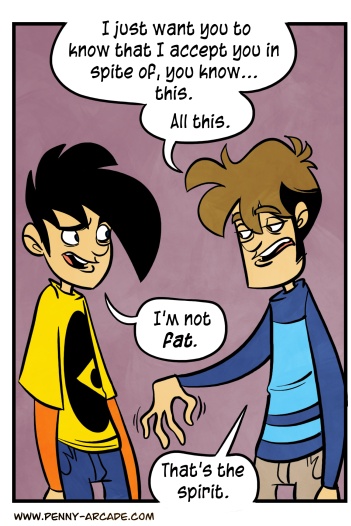 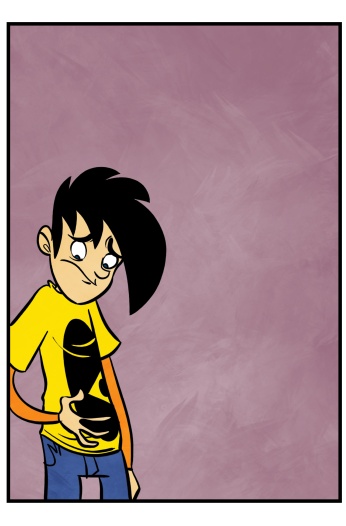 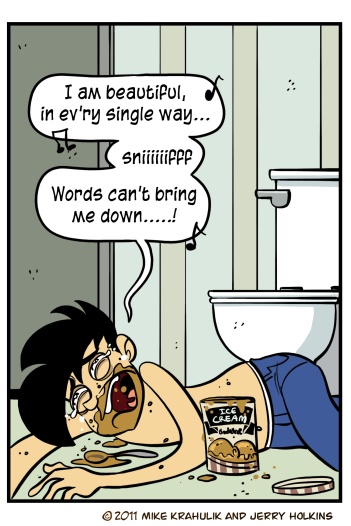 It's crucial to abuse Gabriel lest he get airs, to make him chase phantoms and spirits, to ride his anguish, howling like a pirate in the rigging. Real-Life Gabriel had the exact opposite of the typical problem, though, and I would have thought it was the opposite of a problem at all (that is to say, great!) if I hadn't seen it for myself: he thought he didn't have enough weight.

He thought he didn't have enough weight.

I didn't know that was a thing yet. I thought that would be like not having enough scorpions, as though there were some threshold beyond which you had a good number of them and could be reasonably satisfied that you had enough. Enough for what? You've got to take something like that case by case, but as a start,

but (again) that was before I understood that this was a real thing. It's like those Charles Atlas comics, where sand is being kicked, or someone is calling you skinny, but it actually matters to you. This is uniformly horrible. My policy, succinctly stated, has been Fuck You, Fuck That Guy Over There, And Then Fuck Every Other Person when it comes to people and their incredible opinions. A young man at my high school once detailed his unique position the configuration of my hair, and I told him I would kill him, and did not leave the methodology to his imagination. I'm not saying it was the best hair ever, but seriously. Go fuck yourself. Gabriel is not my friend; he's more like my arm, and if he feels a way about something, I file it with the other Truths and then continue forward in this newly altered universe.

When we were still in our first office (which consisted of us in one room and Robert and Feh sharing a desk in the room adjacent, feverishly trying to condense our ethereal exhaust into something this side of "tangible") Gabriel finally decided that he'd had enough of his perfectly normal body and wanted to kick things up, which meant supplements, specifically a huge tub of some granulated masculizer ostensibly flavored like Chocolate, but with a backbone of ready-mix concrete serrated by a distinctive quartz tang. He mixed his vitality elixir in one of those cups that you always see people mixing things like this in, and then drank, or at any rate swallowed the material, at which point he curled up in the corner of the room and went to sleep.

Looking at information on the tub, which was very nearly a bin, it became clear that he had drunk something like seven thousand "delicious" calories immediately after eating lunch. He woke up a few hours later, quickly, like he'd never been asleep, and spoke to me in a language which was not entirely English.