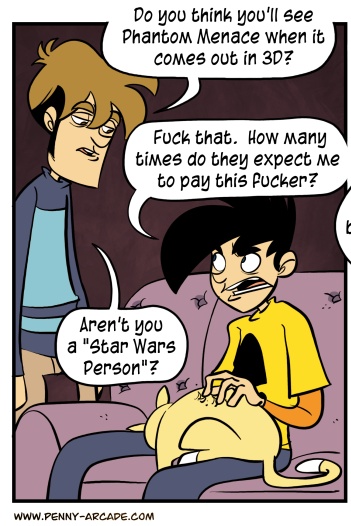 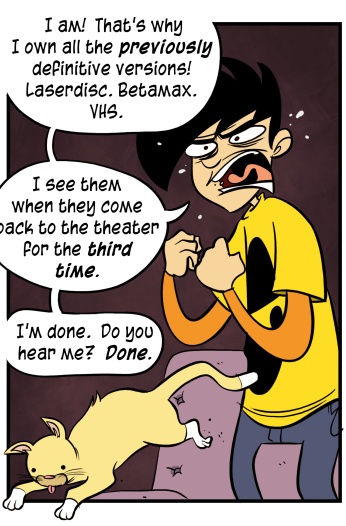 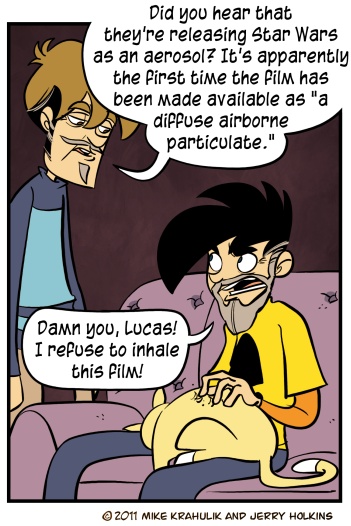 They've almost pushed him entirely away; somehow, they have discovered the ragged boundary of his masochism. It's been true for a long time now that the movies, strangely enough, haven't been the core of his fandom.

Karen Traviss had a take on the universe that really spoke to him, and he spent significant time there, reading her books and those books which were tangentially or sequentially related to her approach. Ultimately she left for greener pastures, or pastures that were green, at one point, that had been green, before a race of latter-day morlocks erupted directly through the aforementioned. He stopped reading one book altogether when, for no discernible reason, Han Solo and Chewbacca appeared halfway through a narrative. "This is a Star Wars book," it seemed to say. "It is a book abut Star Wars."

Except it's the universe and its peculiar cultures, not specific people, that draws him in. After a long while of not quite knowing how to feel about Star Wars: The Old Republic, he had a chance to play through an instance at the show, and felt the ancient stirrings. Star Wars is something his son likes now, in many ways. Not him.

I could tell that, in a way, he felt relieved.

There's a bunch of stuff I've been forgetting to mention, and I'm getting the "look" from Robert, soooo:

- On the Penny Arcade Television front, we've got new Ledo & Ix as well as a new 4th Panel for you to enjoyings.

- We are now carrying Jane McGonigal's book Reality is Broken, if you know anyone who still reads actual printed books. Also, also, Kiko made a new shirt which I LOVE.

I neglected to mention it not because I didn't like it, Robert, but because my enthusiasm for it was so great that the increased blood flow was like being punched inside my own head. This state of affairs made consciousness impossible.

all you want is to sleep 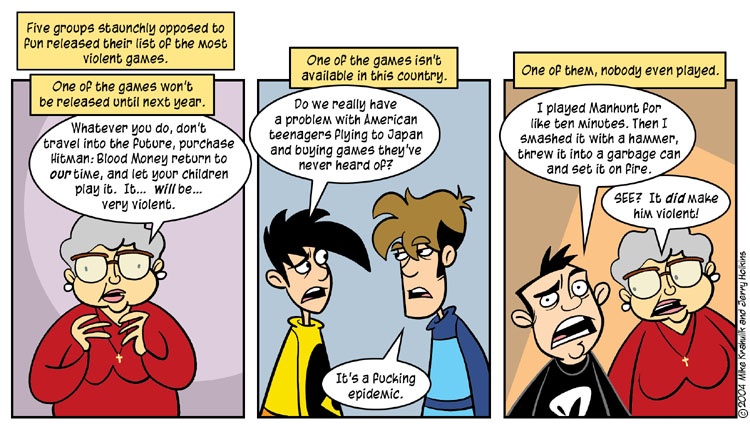