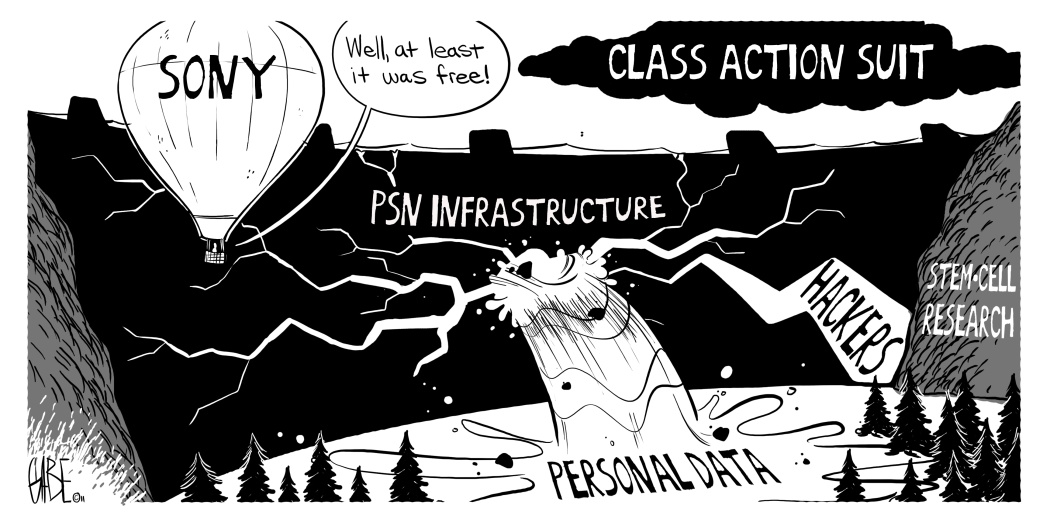 We have yet again distilled the news according to the old ways. This is that.

I was quite sad to hear that the planned arrival of The Witcher on consoles evaporated. It came down to business ultimately; there’s no functional reason it wouldn’t have worked there. Its combat wasn’t especially “heritage” for a PC game, but the level of trust in the player and narrative sophistication would stand out anywhere. This is all based on The Extended Edition of course, a substantial reworking of the game that brought it more in line with their ambitions and the expectations of players. I should mention that it was free as well, which more or less cemented to me that if they ever made a sequel, I would remember that humility. I would gladly have played it again on any gaming appliance, but when it fell through I was mostly disappointed that others wouldn’t have a chance to be as surprised by it as I was.

People like to contrast The Witcher with BioWare’s roleplaying output, and I think it can be educational to do so, even if I might not come to all the same conclusions. Part of why Bioware’s approach choice ends up along the Nourishing Gaia Earth-Force/Psychopathic Robo-Hitler continuum is at least partly to do with the idea of a User Interface. They - and it is polite that they do this - they give you two big levers and you get to pull one. It’s simplistic I guess, yeah; lots of useful thing are. A knife is simplistic also, with its clear delineations of handle and blade. They’re extending us a kind of courtesy.

The Witcher is considerably more filthy about things like this, and its world is filthy, and the results of a decision aren’t always laid out for you immediately. This ambiguity is actually what they’re going for, they are doing it on purpose, an active campaign of woolly, grey-scale virtues you must survive. It’s shocking, in a word. I will tell you that I often thought I was doing the right thing, and maybe it was at that moment, but the way it worked out was both perfectly in keeping with my decision and wholly nightmarish as an actual lived outcome.

I’m not sure I could be more excited about its imminent release. I even changed my wallpaper! No, I did. Shit’s real, son.

I preordered it a million years ago on Steam, because I was confident that I wanted it even before a series of giddy contemplations appeared, but I do wish I’d waited: Good Old Games will be delivering a digital copy at launch without any DRMs clinging fast like toxic lichen. As I say, I wish I’d bought it there, not just for the obvious reason but because I want to support the premise. Specifically, the premise that if you trust others, you can succeed. I’m not entirely certain I believe this, but I would gladly do my part to bring this world and that one into closer alignment.

where are those angels