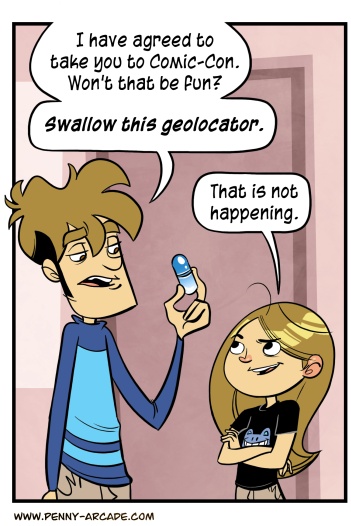 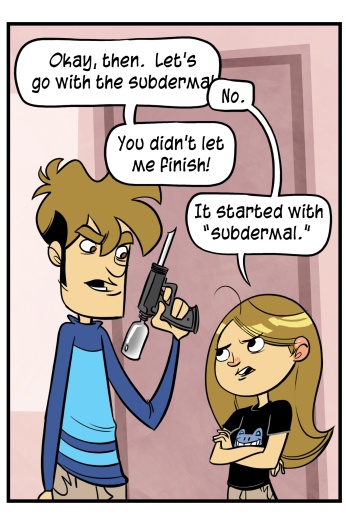 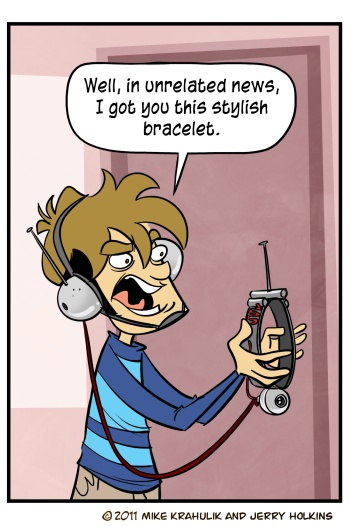 Occasionally, when must leave town for this reason or that, we leverage base causality to ease the process. We thought it might be novel to solicit a catalyst for these events, and did so with a poll on Gabriel’s Fassbork.

Between Annarchy, Carl and the Deep Crow, Twisp & Catsby, and the Cardboard Tube Samurai, young Ann ran away with it handily. The trend was present within five minutes of the posting, and expanded fractally from there out. I’m not super good at math, but I know when one number is higher than another: Annservice it is.

It runs until Friday, culminating (fulminating?) in an explosive burst that will (potentially) leave you breathless (breathlessness not guaranteed). Indeed, I’ve already got three of them uploaded, to be dispensed according to our ancient numerology.

I would love to tell you about something other than League of Legends, and how everyone here is playing it, and how so many people want to play it at once that we had to make a handful of custom channels in the vent server to contain and focus their rage, but I can’t; I’d rather not detail my attempts to institute a noonday “League of Luncheons” which is almost entirely self-explanatory, but would find it difficult to do so.

The only thing that seems to cure me of these obsessions in including them in the post, making them public, so I can foist whatever memetic payload I’m in thrall to on others in an attempt to get away, shedding leprous polyps the entire length of my escape vector. Is it working?  Did I get away?  Are you feeling any growths?!