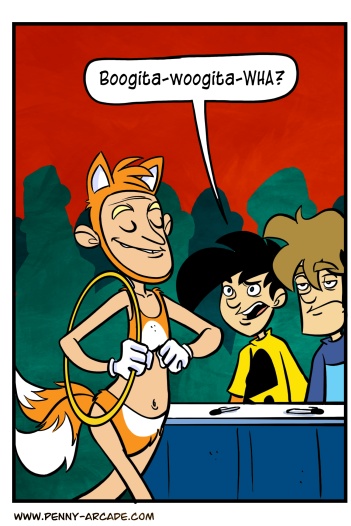 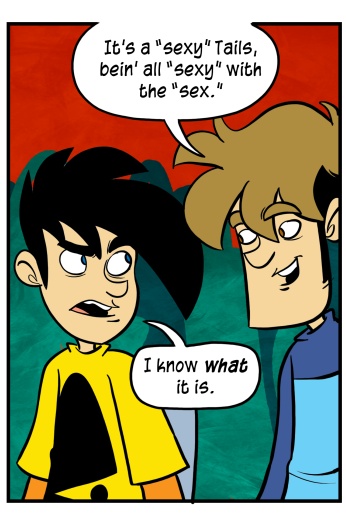 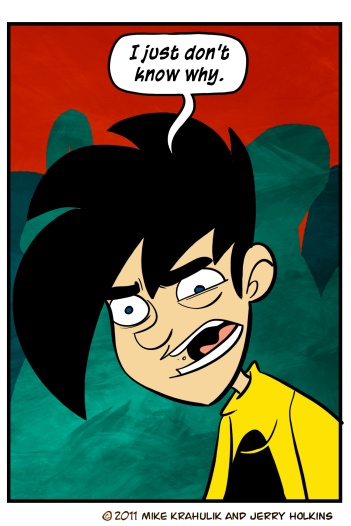 It’s not for everybody, I understand that; but if you’re gonna cosplay, man, fucking do it. Go for the brass ring. That’s a real costume we saw, and his golden hoop gleamed not only with light, but with heat.

I don’t have a picture of him, but I do have Kiko’s incredible shot from Sakuracon that is drawn from the same milieu, and it always warrants another look.

I came back this year with a wheelbarrow of furry smut, like I typically do at these things. I think it's because the furz0r think that it will be funny to ask me if I want some, and I unequivocally do, which generally leads to some awkward side-steppinf and floor-looking on their part. I want all pornography, all day. I never want to not have it. It may be that I’m outside the accepted diagram on this, but I find that kind of thing profoundly educational, and it is educational at a rate inversely proportional to its carnal appeal. I hope that I live to see alien pornography; I’ve held forth on the topic multiple times, and the thought of conscious molecules swapping electrons generates so much lust I have to bite down on a knuckle to vent it. I would link to the stuff I got,but I'd rather that people didn't fuck with him.  If a Tiger-American wants to chase a fox around a football field with his dick out, it’s like, score. I wasn’t going for the sports pun especially, but if it improves the paragraph for you, it's yours.

Recently, I suggested that you could win a raft of fucking awesome shit simply by kicking a precise flow. That is still true! But we are rapidly approaching a day when it will not be, as July 30th is the last day of the contest. More information may be easily secured here.

when i was young