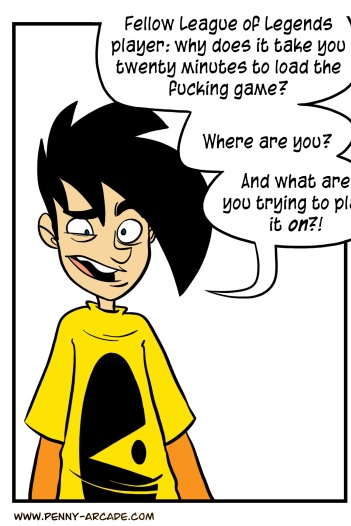 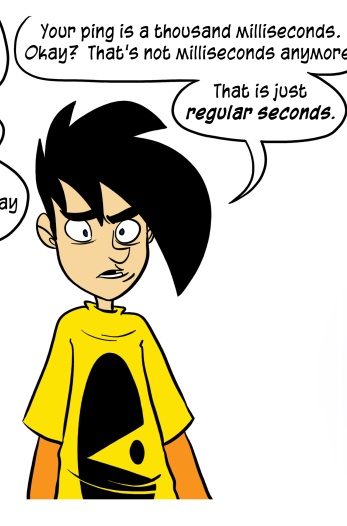 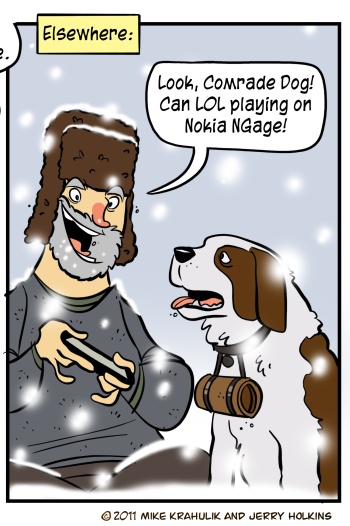 After you've been matchmade in League of Legends, you move to a screen where you can watch each player's loading bar creep up as you enter the game. It seems like this would be a boredom factory, but it's actually alright: this is the first time you're able to see your opponents in a normal game, so it's typically a flurry of "oh no's" and "not him's" and so forth. You use this time to crank up a kill order on the opposite team, talk about item builds, and so forth. This is something that can keep you occupied for, oh, maybe a minute or so.

Occasionally, you are given much, much longer.

The wide range of hardware the game is available on means that people are attempting to play it on microwaves or on dad's old shitbox they found in the attic or some other scantily apportioned semi-functional mousetrap, mousetraps not being known for their reliable wireless-fi, which means that for the better part of the match they will exist in the non-place between loading and execution. You'll still get plenty of execution, though - of your own body, because shitbox.

I have no idea if Warhammer 40,000: Space Marine is any good. It's impossible for me to tell. All I know, all I really know, is that I must buy and buy immediately. In The Grim Darkness Of The Future, there is only brand loyalty.

I wish that weren't enough; I wish that I were stronger on every axis. That I could be strong for you, be useful! But no. All I want to do is grind right through an orc with a sword that is also a chainsaw. Relic couldn't be better suited to it: they've been making this game for years and years, just from a different perspective, with the camera situated way up in the sky looking down on everybody. The meticulous, almost living animations that have defined the series drop with all their heft and confidence. The sawing is as good as one might hope, if not better, but...

should i want anything else