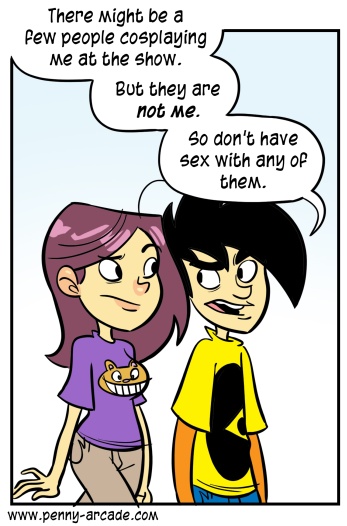 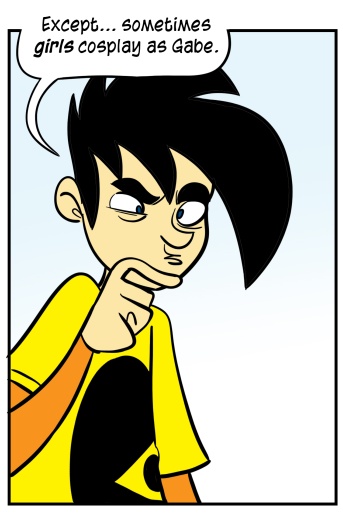 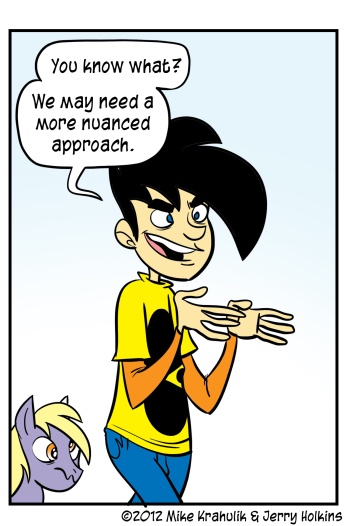 I sometimes wonder if PAX is a thing I will ever be able to contain in my head. The comedown is usually pretty hard: I spend a lot of time sitting quietly and staring forward, dimply aware that a child is tugging on whatever textiles I have managed to drape over my vile and bulbous frame. I spend three or four days at such a level of physical and psychic availability that for days afterward everything is just sort of ringing and raw. I have said on many occasions that we are not well suited to this task, and perhaps could not be, as men who spent their formative years in abject terror and subjugation; we are people suffused with a natural unease, each of us literally medicated for our demons. But noone else wants to do it, or noone else can. It's possible that our damage has pounded us unto whatever shape is necessary for this. I'd be lying if I said I understood it.

I remember more of the show than I usually do. There are many highlights which are completely available to my mind, and don't require a week of decompression to access, which is the usual case. For example, I can tell you that on Saturday I played a game of Dungeons & Dragons while decked out in chain mail; I can tell you that at a panel, someone asked us (in the most roundabout way possible) if we would introduce him to Wil Wheaton so that Wil Wheaton could introduce him to Felicia Day. I finally had a chance to play Crokinole. I agreed to officiate a wedding. I was convinced to to play Just Dance 3, specifically the song "Take On Me." I tried to deliver the necessary theatrics.

The strip we made at the Create a Strip Panel, complete with a Derpy Hooves crowd request, is somewhere in transit as I write this. When the show closes down, it's like a disaster movie in a lot of ways; a lot of people running to escape debris which is falling in slow motion. I think Kiko has it, but I can't be sure; my only hope is that he made it out alive.

The following link will bring you the comic when it is available - probably best to check the feed. Unless you want to just check the page over and over again, making me incredibly wealthy, which is also fine.

Our task with PAX is to fashion a vessel capable of holding a portion of the gathered enthusiasm, and not to lose it. I thank the Enforcers, as ever the spine of the show; I thank the Exhibitors for the, um... exhibits, all the exhibits that they had, and I thank the attendees, whose circulation through the show animates an entirely new form of life.

even the suit has teeth