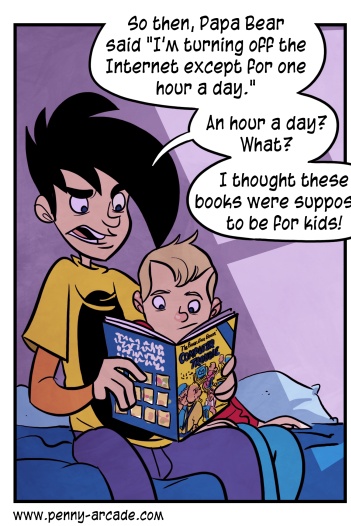 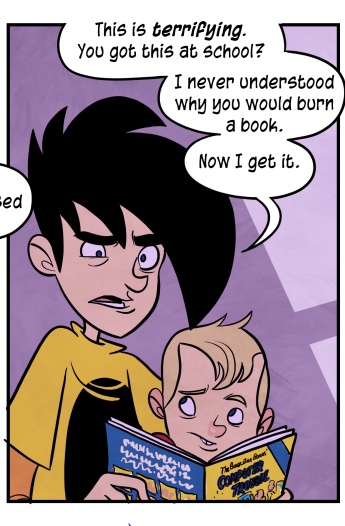 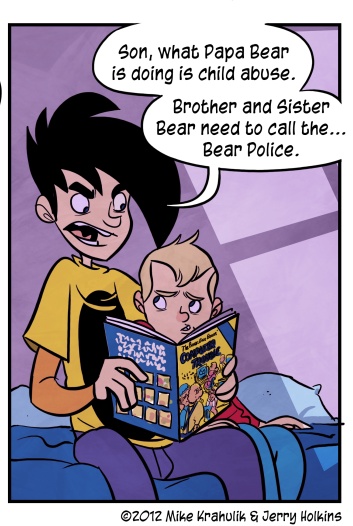 You probably remember Berenstain Bears quite well, assuming you endured a larval state and did not simply emerge from your father's head, fully formed, like Athena. Well, they're still making them: they're still making most of those things. They're still making Goofus and Gallant for Chrissakes, except now Goofus retreats into his hoodie with his iPod while Gallant helps his mom with Powerpoint. But these Bears, man! They're still bearing it all the way up.

When I felt that Gabriel's return to the PC was in a fragile state, I would get extremely agitated when a Brink or whatever would come out, and he'd try it, except it didn't like his videocard or something. Now that's he's made an investment - both in time and product - I don't worry as much about the off experience he has. I don't think he's going anywhere. When you have a Dead Island type scenario, he laughs about it; there's nothing you can do, and it's infinitely better than the alternative.

I said that I would take as much time as it took to get back to that intriguing ten minutes, but when the patch came out - remember, this was THE PATCH that would deliver unto us the final game - it seemed to work less well than the busted-ass version we had already. It was now impossible to join, host, or see games of any kind. The UI elements that had allowed for it were simply gone. I understand people are playing games over VPNs or whatever, but no. I've got about a hundred functional games to play. I'll just come back later, or not at all.

Reading the Steam Forum for the game at the time, it seemed like they're operating some kind of experiment on these people: Stockholm Syndrome had set in. Full-throated defenses of an unconscionably released piece of software coupled with pious deprecations of those who felt, quite correctly, that they had been robbed. Again: this is why Gabriel is laughing, because this happens again and again and again with the games he buys. This must be an example of those onerous certification requirements I keep hearing about on consoles: verification by a third party that your game functions in accordance with your claims. Gruesome stuff.

I'm still home, because Brenna's leg is still useless meat. I theorized that she might have had an Ur-Quan Excruciator installed without her knowledge, a sound theory which I feel was not given the proper consideration. Apparently what "actually happened" is that her leg came out of the special leg hole it's supposed to go into, and this was "bad." I've watched her bear two children and not respond in this way, she created entire beings with an almost professional grace, so apparently having your leg situated outside of the recognized Leg Zone is worse. She would stand still for long periods of time trying to work up the courage to take a step. Is this foreshadowing? The whole experience has the grim cadence of prophecy.

it's not a real heart