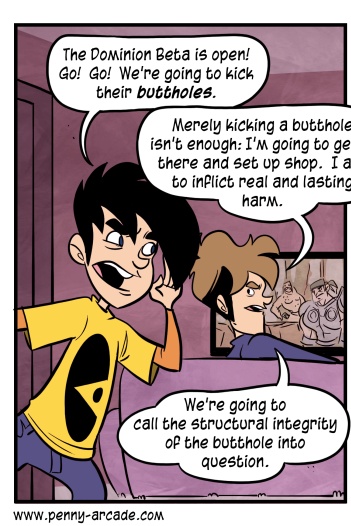 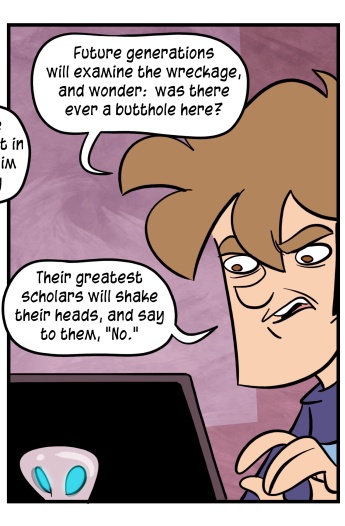 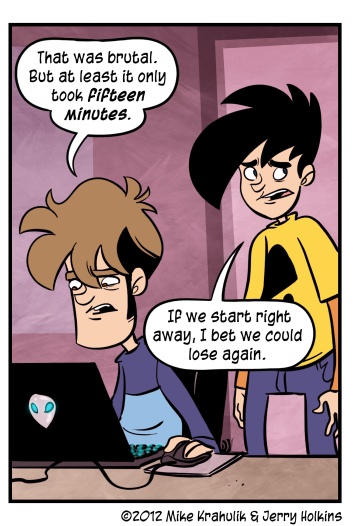 Every now and then, Dominion - the new gametype for League of Legends - pops up in the matchmaker. If you hear that this has happened, you want to be in there. The queue might be, like, forty minutes. Log in, and then do some laundry. Sand a neighbor's deck. Then, come back and see where this genre goes next.

My numbers stripweren't all that bad yesterday, honestly. I won twice as many as I lost, which (I think) bins me with the "demi-competent." We lost the first game because even though we were playing with our regular "champions" in a game ostensibly contained within the League of Legends executable, we were no longer in "Kansas" where Kansas equals the game we play every other night. The hardest thing to learn about "moba" games, for us anyway, was learning where the Commit threshold is. The penalties for death are so brutal, and the reward for the opponent so plump, you learn to flip between hyper-awareness and savage bloodlust. There is a time to chase, and that time is determined by the Commit threshold.

Here, you win the game by holding zones. Specifically, by holding more zones than your opponent. You tick down "hit points" on their "Nexus" whenever you have more, and the amount you tick down is equal to how many more zones you have. That's not rocket science, but I'm telling you so that you can win the game I lost: you don't have to fully engage every person you see. The threshold is like the floating point of the needle, always dancing a bit, and you need to listen to it. Chasing someone away from a point, or delaying a capture until help arrives will win you games. At least, at our level of play. I imagine the team made up of players with inherent teleports is gonna be rough trade.

When I was able to jump back on later that evening, I accepted an invite I assumed was for Dominion, and it ended up being for the base gametype on Summoner's Rift. I played it, and it was great, certainly. I had fun. The difference is that one of these is great, and the other one courses through your nervous system like a toxin, burning it out. I know what you're saying: but! my nervous system!!! But it's only bad for the first few excruciating minutes. Then? No more nerves!

that's who i am