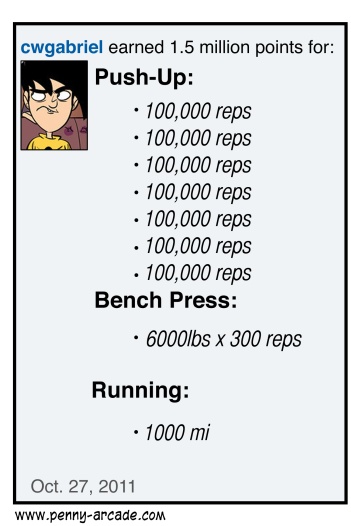 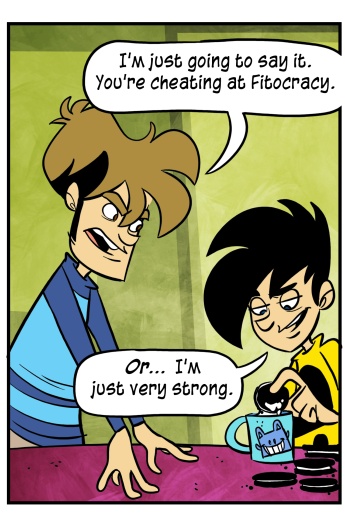 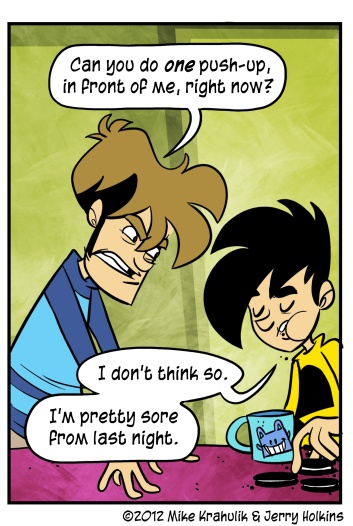 Everybody is screwing around with Fitocracy at the office it seems like, or the beta of it, which Gabriel managed to wheedle an invitation for. It's a social/gamification engine designed to incentivize physical activity. As I've suggested many times, I'm deeply invested in the idea that I exist discretely from "the husk." I am often deeply uncomfortable with the ineluctable fact of my body. That will either sound crazy to you, or it will sound like something you might think yourself in the secret vaults of your own mind. Making time to move this thing around and get to know it has made consciousness far more bearable.

Fitocracy associates experience point thresholds with various exercises, that's the game part, and being a game, the compulsion to game can be overpowering.

Speaking of ineluctable, in order to play Battlefield 3, you must pass between Scylla and Charybdis - the treacherous browser-based frontend called Battlelog. Sometimes in the electronic entertainment continuum, opinions differ. You sometimes hear that: "opinions differ." Opinions don't differ on Battlelog. Battlelog is universally reviled.

Battlelog (I've already cast the definitive branding) doesn't make a whole lot of sense as an individual user case; to put in in a way that will mystify sixty percent or more of the readership, it's been a long time since QPlug. I've never heard anyone say that they want to go back. It's more or less transparent in its CoD:Elite/social media aspirations, which is the last thing people want. Or maybe people do want that. It seems like, I don't know... RSS for your butt? And sometimes it doesn't work, or more often doesn't work the way you expect, and your brow knits involuntarily.

You can press through all that just to have an administrator kick you off to make room for his pal ]{im_Bong_Ill (so called for his tyrannical occupation of the bong for more than fifteen minutes over at Jorf's). Or get kicked for some other reason. But when you get in! I wish it were dumb and bad, so I could get a real head of steam and make some firm declarations. I can't, though; it's too good. At the end of the day, Battlelog is like a good friend that is wearing a stupid hat.