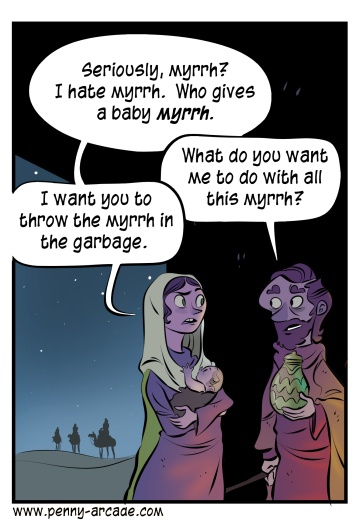 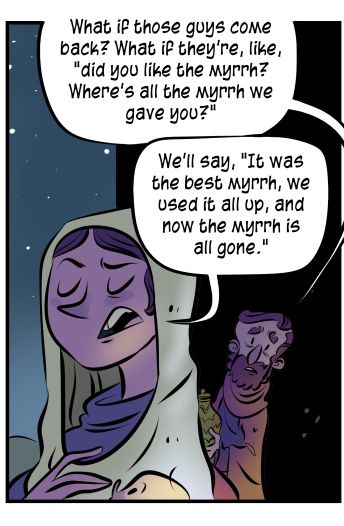 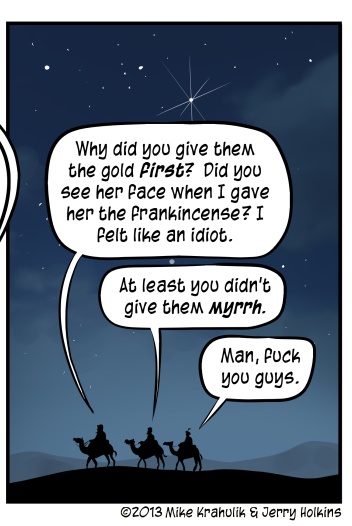 We just started having this conversation at one point last week, about different aromatic resins or whatever, and it seemed like we had to make it a thing. There's a ton of iconography we weren't really aware of, even though we've seen representations of this event all our lives. Also, Melchior is a pretty hardass name, sounds like a real motherfucker. Gotta work that into something, even if I'd be coming to that particular party pretty late.

I think I had one wish for Xbox Live Parties in a new generation, one wish, and I didn't get it. In fact, I got something like a photonegative of my desires. I like the box, despite itself. I have a reputation for taking in strays. But it makes a lot of decisions about who I am and what I want that I'm not sure really line up for anybody. Before, or currently if you have the old Xbox, every time you made a party you could have to go in and tell it that you didn't want random people joining it. You were creating an intentional group, intentionally. So I would have to set it up. And that was fine at the time, because nobody else (hush, PC) could do what they were doing.

Many of their decisions reflect an obsession, bordering on kink, for the general case. For maximal available functionality, when a much tighter - that is to say, "customized" - experience is probably warranted. I understand it, but it's not what I want and I think they get now that it's not what most people want. The settings it defaults to are instructive. They describe a person who:

The intention is that it is a kind of meta-lobby; they're trying to make Parties exist as something concomitant with a friends list that is two thousand people long. That's why we don't get the updates we used to about friends coming online, or starting to play a game. There's a scenario there that sucks pretty bad for users and for the network. But in protecting us from potential excess, the feature doesn't really have a true voice. No voice, actually, by default. Bare minimum, when I join a party, it should give me The Usual, like at a diner. It can get as general and as broad in its intentions as they want, as Nasty As They Want To Be, but it should at least remember what you like.