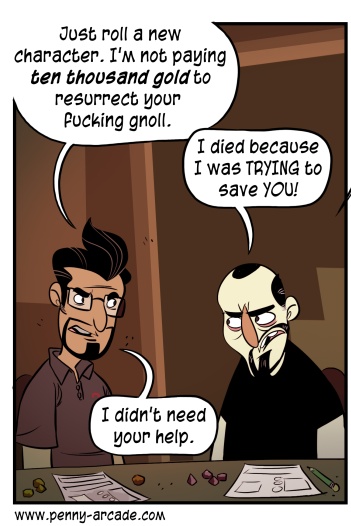 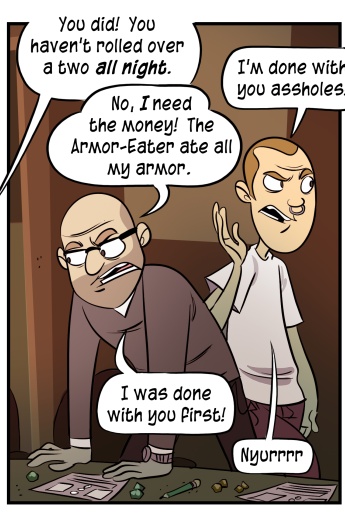 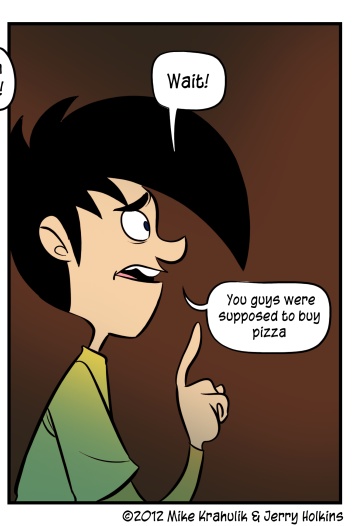 The Conflux, swirling ever faster, nears its conclusion.

Flush as he was with the experience of Fourth Edition, and girded with a new convert's zeal, it was literally impossible for him to understand complaints from the Ancients, the old guard, re: apocalyptic sunderings brought on by a new system. He could not comprehend these whorls! There were whorls.

It would be like introducing a new physics. Gaming groups are already very fragile creatures; getting people to agree on any Goddamn thing is a challenge. This is beyond challenging: altering long-loved characters and futzing with the texture of a ritual is an incredibly dangerous business, completely independent of mechanical concerns. Having no prior campaign, Gabriel could not know. He knows now.

For what I think is the now the fifth time - from a user perspective, at least - Microsoft is replacing the OS on the Xbox. Having worked tech support, I can't even imagine the din of their call centers. The million boxes they sold on Black Friday weren't going to people who read BLOGZ - we're seven years in, now; this is a pale and larval creature. Christmas morning is going to get weird.

For me, and for anybody else who plays games in more than one physical location, an unmoored Profile and Cloud Storage are the heavy hitters from a functionality perspective. I had originally heard that things like this were going to be a part of another tier of service, something like Xbox Tungsten or whatever. They must have decided against it. Here's the problem, and it's a scenario that anyone with a family runs up against immediately: all the interesting services require Gold. This means that when daddy is trying to use the "game" part of his account somewhere else, the "service" part of the account (Netflix, etc.) disappears, rendering his home machine inert. This makes sense to them, because the account is King, but this usage scenario isn't tremendously uncommon for the sort of person who'd make use of this feature. Their authorization structure hasn't kept up with how people actually use the product - that is how they can "fix" it, and yet it somehow remains broken.