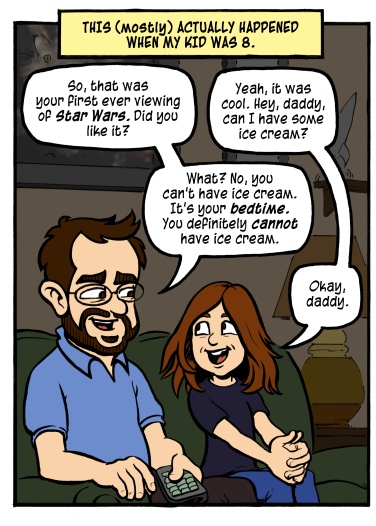 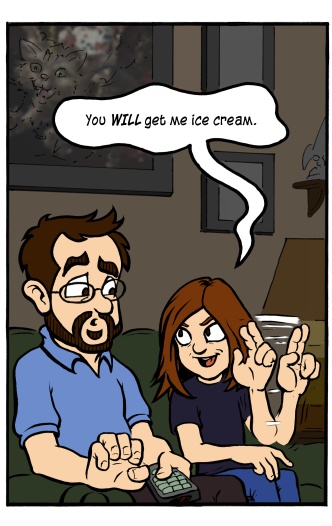 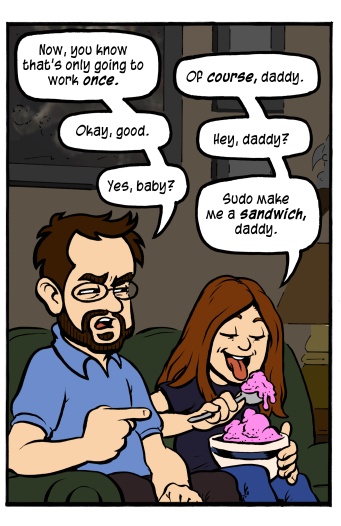 The first of three outsourced strips arrives today, courtesy of longtime friend of the site John Scalzi. When I say longtime friend, what I mean is that he gave us money at one point, which is the most direct route.

I want to emphasize that such friendships are still available and deeply rewarding. (Specifically they are rewarding for me.)

He was one of the first people to purchase ads on the site, and kept us above water while we were trying to. This was back when he was writing freelance articles and reviewing indie music, as opposed to shepherding beloved franchises into modernity, consulting on television programs, writing award winning military sci-fi and YA while simultaneously getting his shit optioned by Paramount. We have seen the entire process, then: we have borne witness to his wretched twitchings, until ultimately his flesh sloughed completely off to reveal a luminous spheroid. That's more or less the thing. I left out a couple inconsequential things - chain dining at mall Food Courts, late parking tickets, toxic honey purchased at a Farmer's Market - but the light ball I was talking about is really the apex of the tale. That's where I want to focus your attention.

The art is by Jeff Zugale, who (from the looks of his site) stays incredibly busy. The strip itself was crafted according to the "olde wayes," on an actual piece of paper with pens, and as such is currently being auctioned off to benefit Child's Play! This is much more exciting than auctioning of a .psd, and all the details can be found over at Scalzi's place.

one of many children