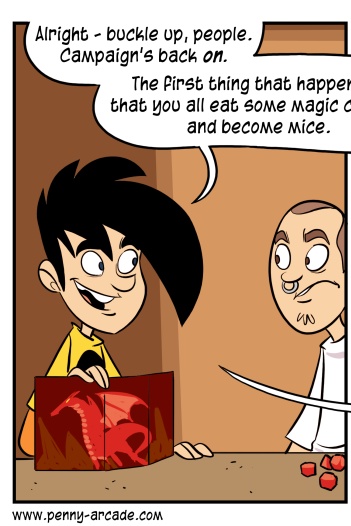 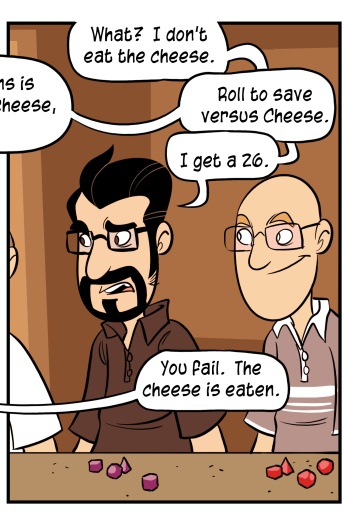 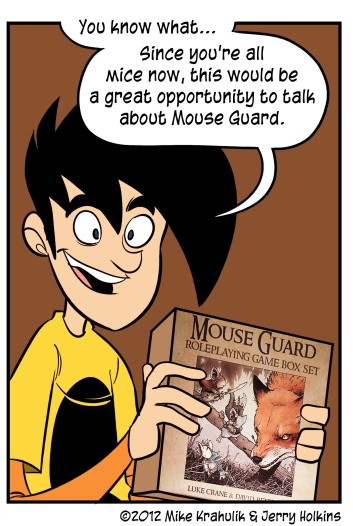 With our Warmachine tournament well and truly over, the original tabletop group has begun to clamor for a return to Pursuit of Destiny - the D&D campaign that, for many of them, marks their first true investment in a character. As my role lies largely on the Narrative and Performance axis, I'm ready to start carving this fucking bird.

Something's been staying his hand, though. I've underestimated the extent to which he sees his first outing as a failure. I tried to make him understand that what happened is something that happens, and that keeping a game fresh for as long as he did is an incredible feat. He has no right being as good at this as he is. Just for an index, I want to show you some of these failures of his. Look at this awful shit:

He's worried about the same power creep issues we've already discussed at length, and is hungry to explore other systems his players aren't terribly interested in, but underneath all of that is this sense that he does not have it. The suspicion. There's a way to find out, of course, but this carries with it the danger of verification.

This is something I have great familiarity with. Like most readers, I had functionally consigned On The Rain-Slick Precipice Of Darkness to the furnace. I had let it float away on one of those little lantern boats in a way that brought me closure, if no one else. Insufficient.

You have to get back on the horse. Somehow, and I don't know how this kind of thing starts, we have started to lionize horseback-not-getting-on: these casual, a priori assertions of inevitable failure, which is nothing more than a gauze draped over your own pulsing terror. Every creative act is open war against The Way It Is. What you are saying when you make something is that the universe is not sufficient, and what it really needs is more you. And it does, actually; it does. Go look outside. You can't tell me that we are done making the world.