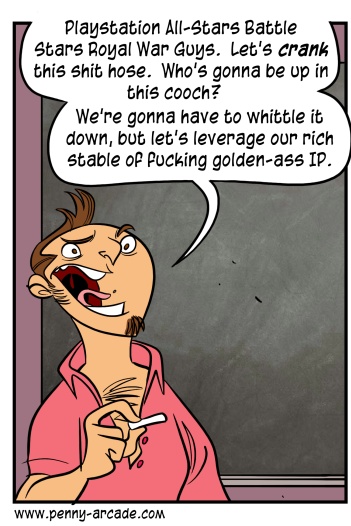 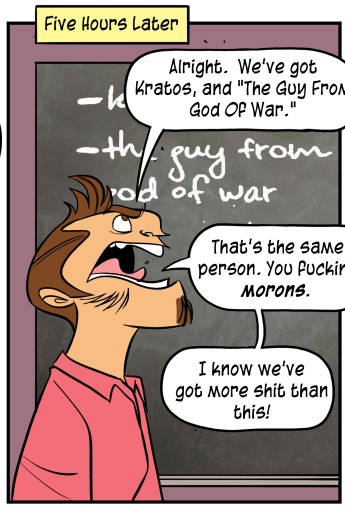 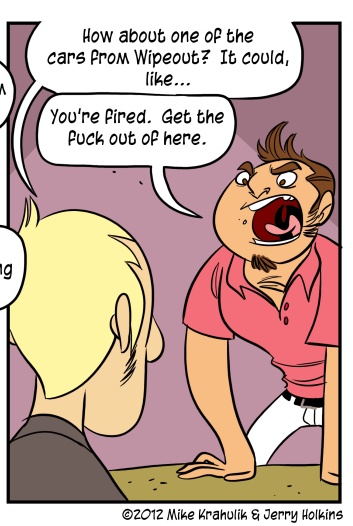 The rumor of some kind of Playstation all-stars battle royale has finally molted, becoming fact, in a new game called Playstation All-Stars Battle Royale. Maybe it's good, I don't know. It's certainly competent in its execution. Whenever it comes time to compare dicks, I mean Exclusives, Sony wins that kind of fight. So it's odd that this looks like some Go-Bots tier Johnny Come-Lately type shit.

Can we agree that The Fat Princess from Fat Princess does not represent top-chef roster selection? There is a rad quote in the official video that talks about goes into how they managed to "capture her love of cake," which, I mean, thank God. Don't make a game full of wholly dissimilar entities trying to murder each other in a twilight dimension betwixt time and space, and then break canon.

That's not something one sees in the finer houses.

They have a lot of "franchises" over there, a lot of brands, but they have comparatively few "personalities." They do have a deep vault though, deep; they dug too greedily in this case, but they could fill out a game if they really wanted to.

I don't know if I want to see Yorda fighting Crash Bandicoot necessarily, but there are characters of sufficient destiny there, if they want them.

hooray for our side