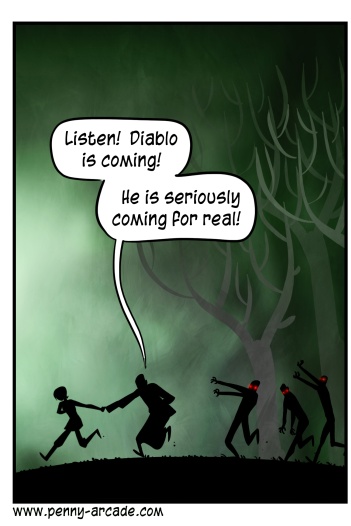 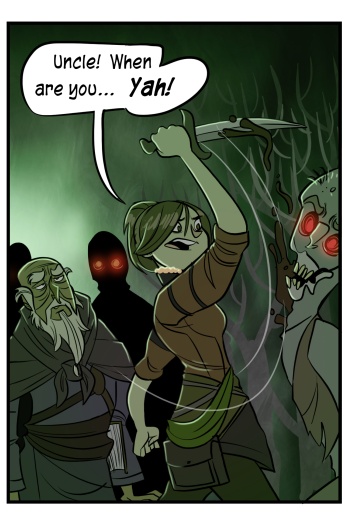 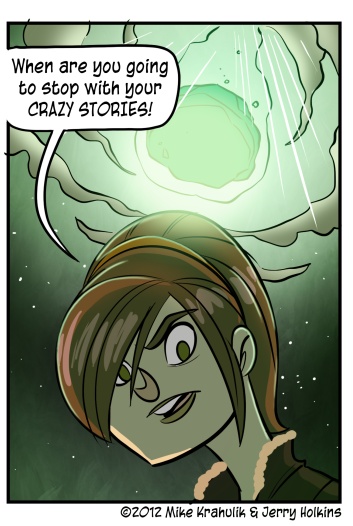 Now that you can play Diablo III, you probably should. Sometimes you won't know if there is a problem with your computer or a problem with Blizzard or a problem with The Internet, that happens, but you can often click on things and then things will come out of the things, which is something all sentients deeply crave.

Deckard "Stay Awhile" Cain has an adopted niece this time around, and she grumps around in disbelief at her kooky uncle even when she is up to her philtrum in demonic, animate flesh. This doesn't make a whole lot of sense. Still, though, you should click like fucking crazy. Click right on them, if you can.

There's some really cool shit on the way, shit wholly unrelated to Hell; playing Ghost Recon co-op is on my ethereal agenda, as is Max Payne on PC, but for some reason the one whose clamps have been bolted in tight is Mechwarrior Tactics. Forum Registrants are supposed to get access to some kind of beta test tomorrow, and I'm one of those, because I'm one of those.

Clearly, I don't have a problem with "Free To Play" games as such; I think you need to be careful with the model, both as a designer and a player, but it exists and we may as well come to terms. Like these Goddamned Facebook games, hard rules about what you will and wont play will ultimately fuck you in the ass. Unless that's something you enjoy, ass fucking I mean, in which case it has to fuck you some other place - one you aren't a huge fan of.

I want to play Mechwarrior Online, also - look at this Goddamned video of their Garage - and I am deeply thankful it isn't out, because I've got things that need doing. I love Mechwarrior, period. Full stop. And if these were both "products," in the archaic sense, I could just buy them and then I would have them. But as freemium excursions - i.e., the modern day manifestation of the Arcade - they're after me on two axes. That is to say, time AND money. And since time IS money, the whole thing costs twice as much.

It seems like there's an opportunity for what Robert calls a "synergesis," which I gather is some kind of double synergy (Xzhibit A). Buying "packs" from either of these games should net you benefits in the other; one of the "cards" should be for the other game. Don't make me choose completely, because - ultimately - I won't. I will stop choosing. Decision paralysis will set in, and they'll lose me twice over.

This Saturday, I finished the primary writing on Precipice. I loved every moment of it, and I am honestly a little sad to be done with it. Won't be long now.

i was a fistful