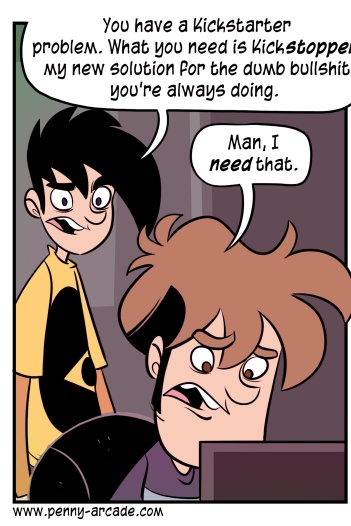 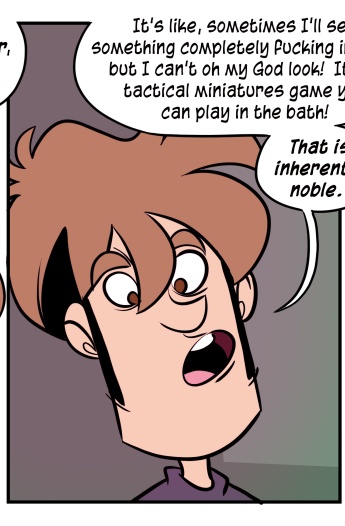 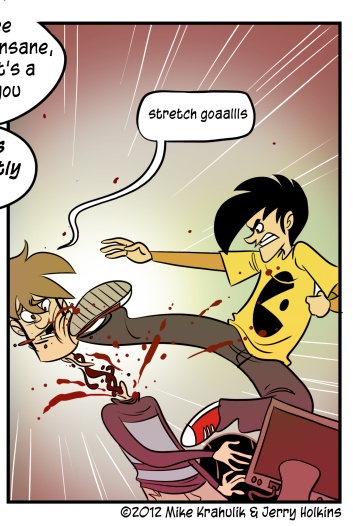 Whenever we come up with something dumb, something that's supposed to be a joke like the game in the strip, a lot of times it starts to grow on me. I don't know! I think there's a lot of headroom there.

I do have a Kickstarter problem, though, and it may require a technology a sophisticated as Gabriel's to bring this irresistible drive to its conclusion. Part of it is that... yeah. Right? Arimaa is cool, and a beautiful set that honors Arimaa is wanty, that is to say, it generates want.

I think that I could elaborate in a very robust way on my reasoning for backing any specific project; it would run the gamut from "flights of fancy" to "social pressure" to any other damn thing. At a very low level, though, somewhere in my brain's ineffable primality, I hate it - hate it - when cool ideas, or people who have cool ideas, are unable to realize them because they haven't collected enough green pieces of paper. That's the White Trash in me coming out; I've talked about him before. Get me mad enough, and you'll hear him: the way he snaps off a trailing G, the way his teeth make a tongue prison. But that variant has a deep loathing for the undulations of class which serve primarily to strangle the real. I very nearly typed that entire sentence in all caps; there he goes again.

The long and the short of it is that I've never has a methodology whereby three clicks can obviate some measure of this fucking stupid-ass crap. Therein lies the danger.

Do you want to hear something funny? I "finished" writing On The Rain-Slick Precipice of Darkness on Saturday, yet I have somehow managed to work on it for several hours a day every day since. How is that possible? It's possible because you can work for an unlimited amount of time on anything you actually want to work on. I had to "decide" to be done. I could write this game forever, and I sometimes feel as though I have done so; perhaps I mean that I could write it for an additional unbounded infinity. 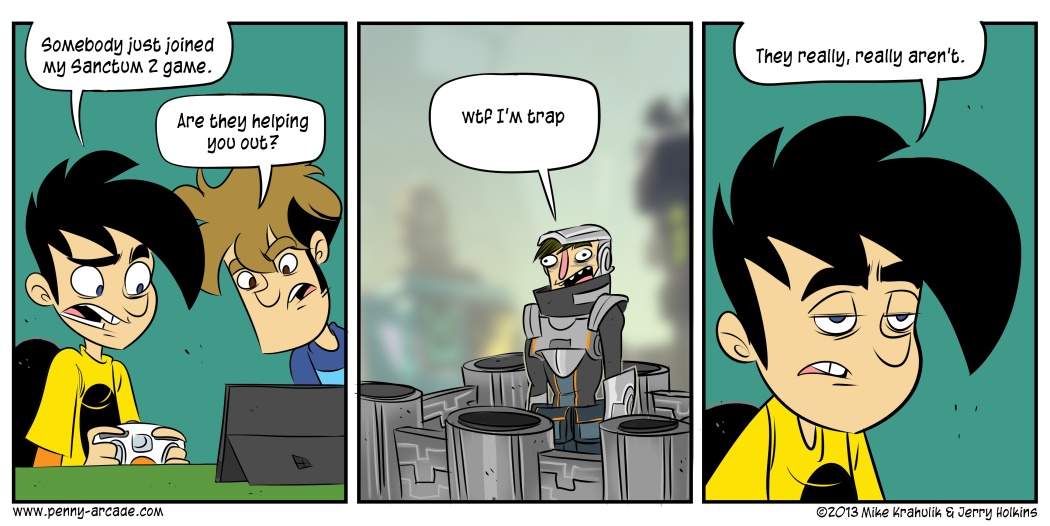