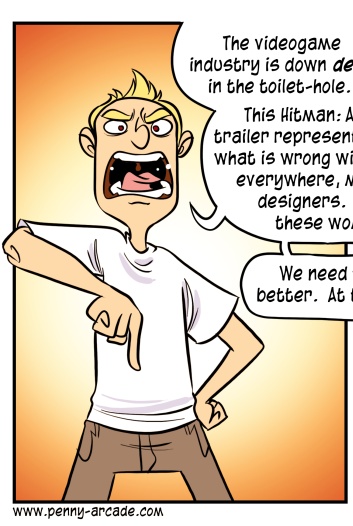 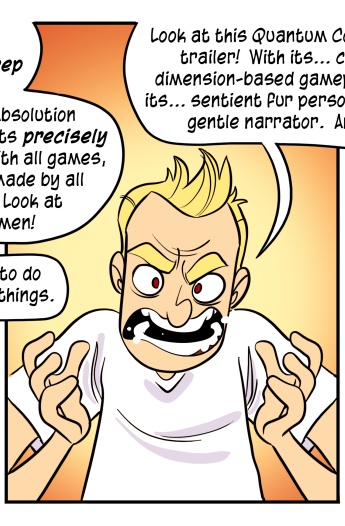 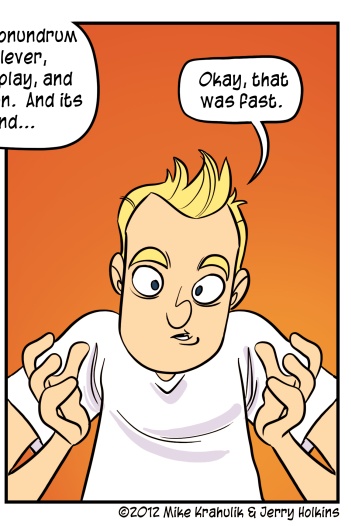 I saw a single still used to promote a Hitman: Absolution trailer, a phalanx of leather-clad Battle-Nuns, and decided to skip it. I felt like I had probably seen something very similar at some point. But being mad at it is apparently a thing, a compulsory thing. Except I don't do compulsory, and I also don't do infantilizing chivalry. So I don't do well at these kinds of parties.

The cinematic ambitions of the Hitman games have always been prominently displayed on (or very near to) its sleeve; I watched the video to see what the deal was, and they're playing around with their subtitle in a pulpy, grindhouse vein. Robert Rodriguez through and through. It's fight choreography, and it may set an "erotic" stage but it quickly - and I mean quickly - gives way to a gruesome, life or death, septum obliterating struggle that might be hot for somebody but I suspect that's a very specific demographic. Only a necrophile could be titillated by something like this; by the end, it literally defies the viewer to maintain an erection. As spank material, it leaves something to be desired; specifically, spank material.

I think that once a nun produces an RPG from her habit, we have passed through a kind of "veil" critically speaking. We can certainly talk about it for a long time if you want to. But she did pull out a rocket launcher, seriously just right out of there. It came out. And then people still wanted to talk about this as though it were some kind of haunted obelisk around which an entire medium whirls.

I don't understand what it is about the idea of a "medium" that people find so confusing; it's a conceptual space where works that share certain characteristics may occur. Nobody is going to approve of the entire continuum. There's no shortage of games for the broadest possible audience - there isn't, and grotesque sums are being made seeking the wide part of the curve. There are also niches, as in any ecology. You can certainly find things you don't like, but those things aren't anti-matter; when they come into contact with things you do like, there is no hot flash which obliterates both. This totalizing dialogue, where "everything" and "everyone" is this or that, and here are the teams, and morality is a linear abstraction as opposed to its three dimensional reality is a crock of fucking shit.

The swooning and fainting and so forth about this stuff, the fever, is comical in its preening intensity. There is clearly some kind of competition to determine who is the most scandalized. It reminds me of church, frankly; I don't do church, either. I have no common cause with perpetually shocked viziers of moral pageantry. Indeed, I think it is fair to say that I am their enemy.

The answer is always more art; the corollary to that is the answer is never less art. If you start to think that less art is the answer, start over. That's not the side you want to be on. The problem isn't that people create or enjoy offensive work. The problem is that so many people believe that culture is something other people create, the sole domain of some anonymized other, so they never put their hat in the ring. That even with a computer in your pocket connected to an instantaneous global network, no-one can hear you. When you believe that, really believe it, the devil dances in hell.

with the white gloves