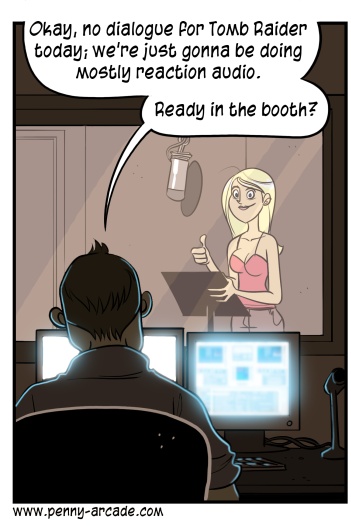 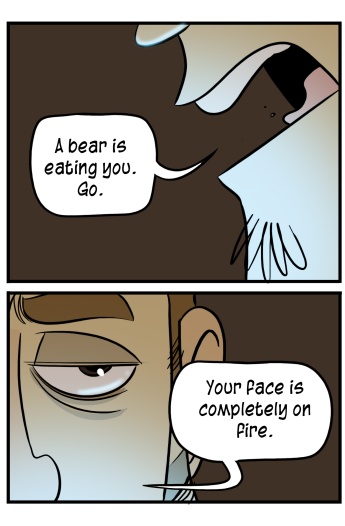 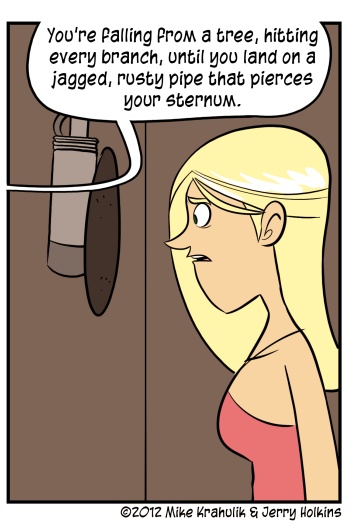 I don't know how I'm supposed to feel about the new Tomb Raider. Well, I know how they want me to feel about it, because they're monkeying around with some pretty fundamental socialization. You really have to wonder about these voiceover sessions.

I feel the same way about the gameplay trailer they put up for The Last Of Us. I think these two things are extremely scary! They're explicit disempowerment fantasies. Is that, um... progress? I'm not entirely certain I want to be present in either of these scenarios. I think I'll let Gabe play these, while I sit on the couch with my legs drawn in, pillow at the ready for expeditious face coverings.

I enjoyed the Dead Space co-op presentation and Ben's article describing how they went the long way around the fence. The punchline is that it has drop-in/drop-out cooperative play, but the game changes when there are two of you. Assuming it's the same story, and that's certainly the implication from a narrative perspective, it makes you think. I'm calling it now; helpful, conveniently present Carver doesn't exist.

Splinter Cell: Blacklist is confusing in a lot of ways. It seemed like they were moving in a direction of greater characterization, from Chaos Theory to Double Agent to Conviction, and now he's calling in airstrikes or some shit in the desert. And his face doesn't look like his face, which is something they screw up consistently. Technically, I suppose, any face they make is his face by definition, but outside of the goggles everything else gets put on the table every go round. The new voice is whatever, I'll give him a shot. That stuff happens. But the face?!? You already know what I think of its execution and cover systems; I'm in for co-op and their asymmetrical Spies vs. Mercs, at a minimum. Splinter Cell is my putative "jam." I felt like Conviction got things back on track, even if it was a different track, there was still a track.

I would say that this is what I don't like about E3, actually. They aren't talking to me, they're talking to some mythical All Person and they have to push each vital demographic button in rapid succession. I have no context for anything. My concerns may be utterly illusory, and there's absolutely no way to know.

a key for every door 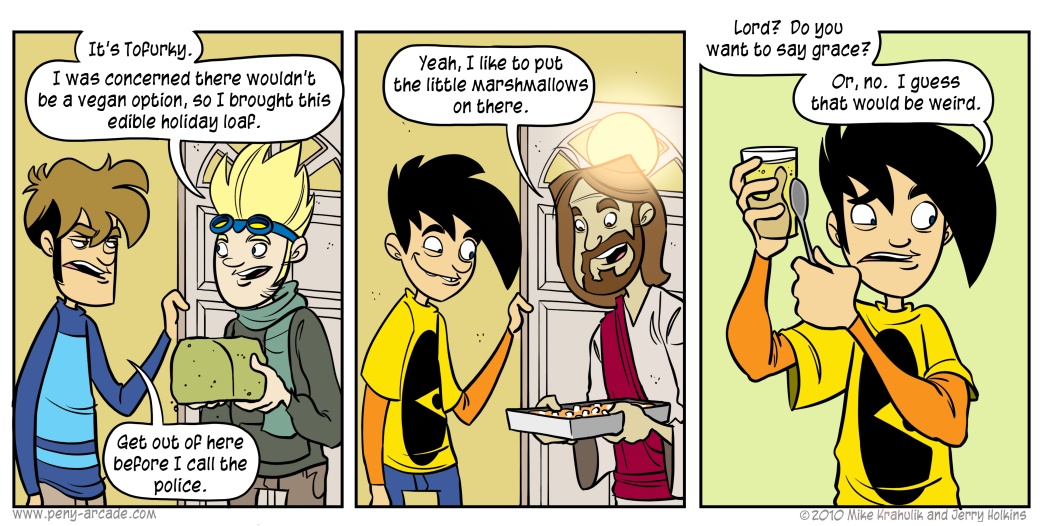