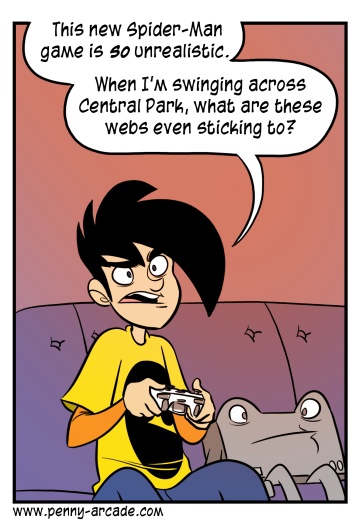 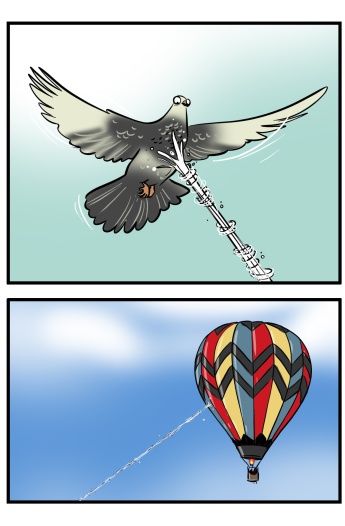 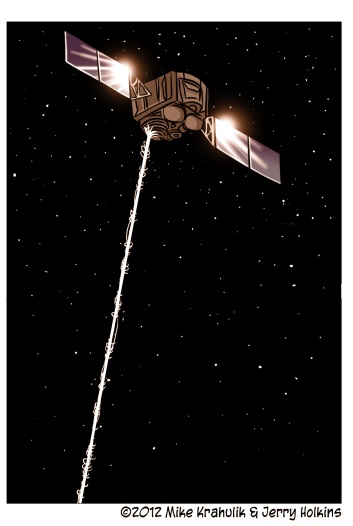 Gabriel has been playing the newest Spider-Man, which - to hear him tell it - is actually a new Batman game, or something very much like it. He doesn't care at all! He doesn't think they're engaged in a barrel scraping operation, or that there's a paucity of inspiration at Beenox, or anything of the kind. He loves Batman: Arkham Whatever, and he simply thinks that all superhero games should be exactly like that. Essentially, he's arguing for the formulation of Batman a la Rocksteady as a kind of genre.

Spider-Man games have gone back and forth on whether or not you have to actually swing from something while you're doing those things which are associated with the spider's domain. It doesn't actually make the game more fun in any way, in fact, it's like adding a kind of "hall monitor" expressly to staunch your glee. It's a bit of realism that probably isn't required, but it's still fun to think about.

We have a pre-order thing going for Paint The Line: Red Tide, but it comes out in like five days, so it's not the kind of pre-order that is for something off in some nebulous future. I mean, it's on the desk in front of me, still in the shrinkwrap. What the Pre-order does give you is a mini-comic by one of the designers, Steve Bowler, which details a fateful match of nations. Kiko was able to take the design and make an immaculate package out of the experience, and his phalanx of freelance artists struck their targets unerringly. I was pleased that he came to me for flavor text, because I'm the sort of person who actually reads that shit in this type of game and I've always wanted to try my hand at it.

So! Hopefully people will enjoy it, because there's about a million places we take it from here.

Also: Last thing! For PAX Dev attendees, this Friday is the VERY LAST DAY to submit your awesome panel. Last day! So, submit it, basically. That's the takeaway.

one that cares enough