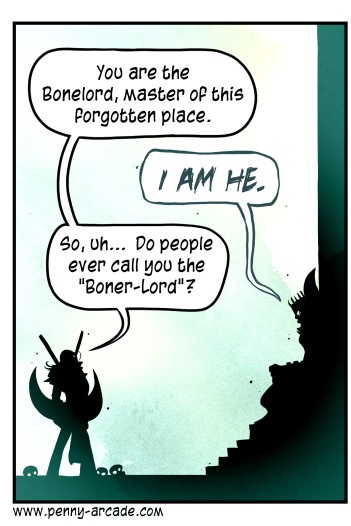 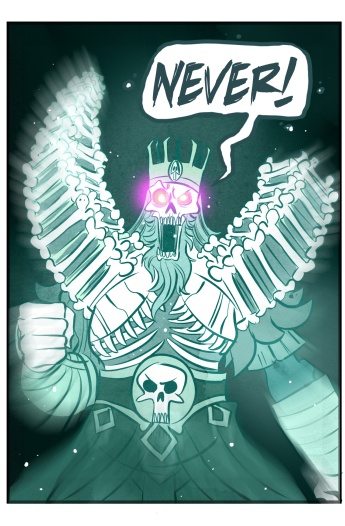 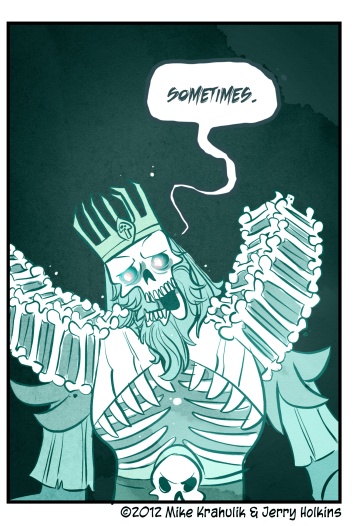 Because "games don't have good stories," a good story can be right in front of us and we won't see it. Or the game can be showing us something else, and it will move quickly, and we will become confused; in the face of these quick movings, our leftover rodent wetware isn't always up to the task. Unless the game is about finding nuts, in which case we excel. 10000000 is the latest game in this genre; test my theory, and find its truth.

Castlevania: Lords of Shadow and Bayonetta - especially Bayonetta - are both examples of games with intriguing world build and execution that people are incredibly comfortable disregarding. Our own world is super big, and there are a lot of people in it, and there are things also, and many of these things are Not Nuts. We cull things out of our consciousness necessarily, because madness is the alternative. This mechanism is our servant, though, and we must occasionally verify that we are being well served.

There are parts of Darksiders II, as I've suggested, that are "cool" cool as opposed to merely "bitchin'." It also has an undead king armored in bones called the Bonelord. But he's well written, and well acted. But he's still the Bonelord! Right? Van art. In toto, based on your own approach - how you've set your aperture - it's a game that manages to possess and eat its own cake simultaneously. The first two games take place at the same time, and if we're blessed with another one, perhaps it will also. The opportunity to put a bow on the series when they're at their most experienced - to tell the "real" story they've revealed in parts - would be a hell of a trick. I didn't mean that to a pun or whatever, but fuck it; we're doing it live.

Now that I can go to Kickstarter.com without throwing up, I can resume the bizarre, speculative shopping experience I enjoyed so well before. I am spurred, also, by the fact that some of these things have taken physical form and even now rest at my feet: Zombicide and Kings of War made flesh, or plastic, or white metal, at any rate condensed somehow using a machine composed primarily of enthusiasm. If you are ever curious for some reason, you are always welcome to check my Backed page to see what I plowed up on there.

There's an exhilarating gambling aspect to Kickstarter, at least, sometimes. I backed some hot sauce, for example. Sometimes it's not really a gamble. For example, I don't think Planetary Annihilation is a gamble. It doesn't fit the general profile, which may explain its runaway success. This is an established independent developer with interesting, sophisticated product out, and veterans stem to stern. Anything Tim Schafer might have said about the Adventure genre goes for RTS in terms of publisher "enthusiasm," "enthusiasm" in this case meaning "a distinct lack of enthusiasm." End of Nations and the new Command and Conquer are both Freemium, and I don't think that's coincidental. The superscale concepts of Planetary Annihilation - I'll be surprised if they can keep the name - would make publishers sneeze, and sneeze, until ultimately they sneezed out their forebrain and died.

Uber intends to make an RTS game you can purchase and play; given the arc of the genre, it's almost charmingly retro.