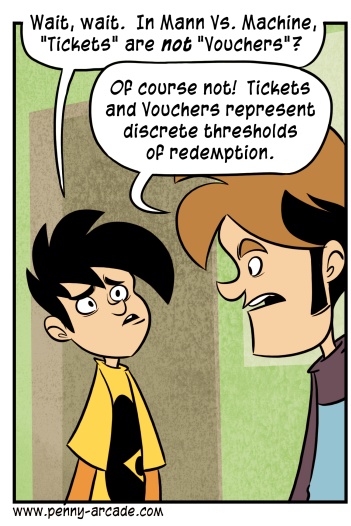 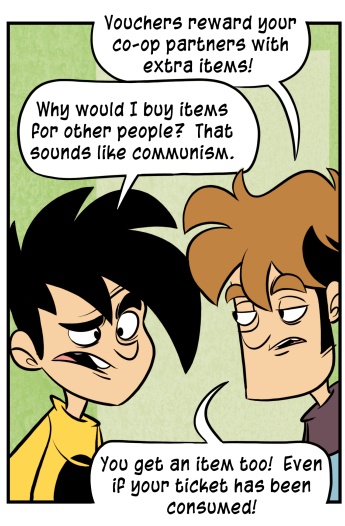 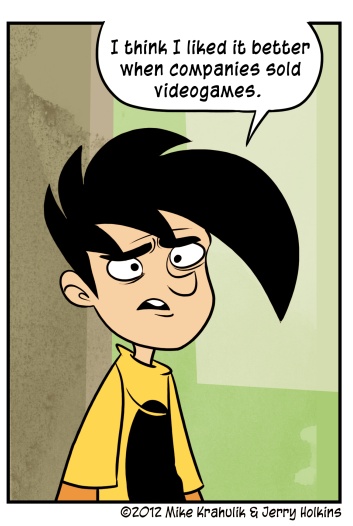 Heralded by a comic of exquisite manufacture, Team Fortress 2 became a cooperative game with the advent of Mann Vs. Machine.

Team Fortress 2 is the first game I install on a new machine, because I love the way it looks; it is also the first game I uninstall because I uninstall it immediately. Love for Team Fortress 2 is so universal that people generally assume I'm "trollin'" when I say so, but I might actually hate it. Nothing that happens in that game ever made sense. To me, obviously; please assume that when I say something I'm speaking from my own perspective. I once described it as twenty-four croquet balls banging around in a dryer, and that's exactly how it feels. It's FPS slapstick and it will not allow me to care about it.

Retrofitting the iconic classes into a co-op item grind is an incredible gift for people who are either intimidated/confused by their hyperkinetic FPS Bouncy House but still want to understand some thirteen percent of Internet memes. It makes tremendous sense, especially when the items you earn are a form of currency themselves. It was borked for awhile when it launched, because things get borked at launch; when the game was working at all, the queue was over an hour. The manual browser, as usual, was the better play. But there was another option: you could buy a ticket, and enter the equivalent of a Valve-hosted theme park. Having read the FAQ several times, I was prepared to explain the subtle contours of their redemption model, but it didn't matter. It's hard to understand something if you find explanations boring and the topic is not relevant to your interests.

I think it's crazy, it's a crazy thing to do, but that doesn't mean that it won't be successful as a business strategy. From legendary sales that literally stop the Internet to a peer to peer digital barter system, their specialty appears to be finding - or creating - the next bughouse kink.