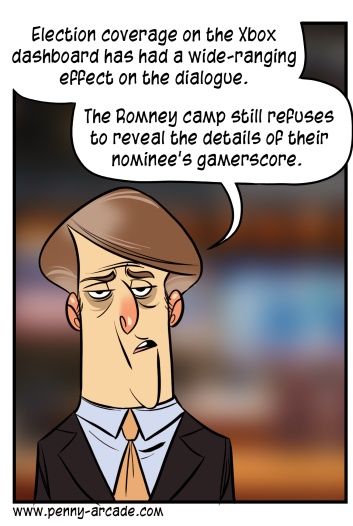 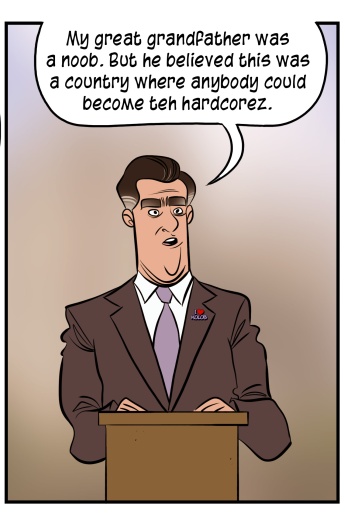 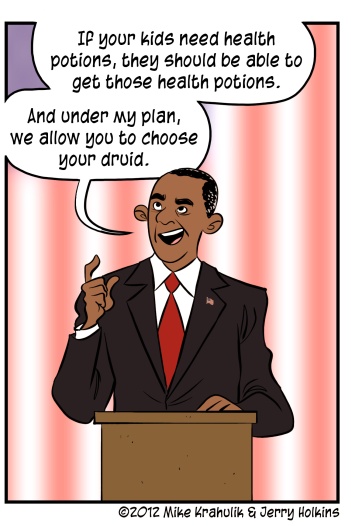 I never really understood what the point of putting Bing on the Xbox was, other than the fact that they have a Bing and they want you to Bing stuff. I avoided it because I felt it was manipulative, like introducing me to your "cute cousin" who is "really cool" and who you think I "might have a lot in common with" who only uses "meth" "occasionally." It's presumptive. But the rest of their "experience" is so deep in the usability weeds right now that Global Search is the only way to pan shit out.

I'll never see more than a single panel of their new Election Coverage for example, because I have ways to cull out their messaging almost in its entirety. Well, except for the "Use Bing" message, which I've apparently absorbed in toto. Hmm.

Broader cultural presence is the sort of "mission creep" that people have complained about for years, but that mission done crept; and it's an aggregated good in my case, because every member of my family uses the Xbox now on essentially a daily basis. Brenna does not like games generally, she thinks they are not a good time investment absent some fitness purpose, but her comfort level with the device is such that she'll actively seek those things out for herself. This is a profound development, and makes their largely aspirational "whole family fun" vibration seem tethered to reality in some way.

But Xbox Live, a service envisioned for young people stacked infinitely in hermetically sealed cubes, doesn't correlate to their beautiful dream. It doesn't recognize a universe where I'm playing a game on one of their devices while somebody else wants to watch a show. They have a "family pack" thing, but the usage pattern for the rest of my family doesn't indicate Gold accounts. It's just a joke, and it's what I was talking about the other day: this is ancient, ancient thinking about "services." The device is too useful, it does too many disparate things to gate usage in this binary, "on or "off" way. It would be like saying that, no, it is literally saying that in order to gain access to their shit you need to hold some kind of ritual log. Membership is one thing; I have that. Membership can be revoked, which makes an enforcement regime possible - and paid membership gives it teeth. I can use Hulu Pluss or Netflix or HBO GO on every phone, computer, or tablet in the house. But when I load Iron Brigade (née Trenched) or Dark Souls on my PC and Dora stops in the other room, it's like... no. No, guys. We authorize devices. You're throwing out the content baby with the... bath-service. Don't do it, that's the main thing. I'm the person you want, and this is a fairly normal usage case you need to have as an assumption.

In Windows 8, these profiles are fundamental to your experience. Everything is hooked into it. What that means as delivered currently is that all of my shit will be fucked 24/7.