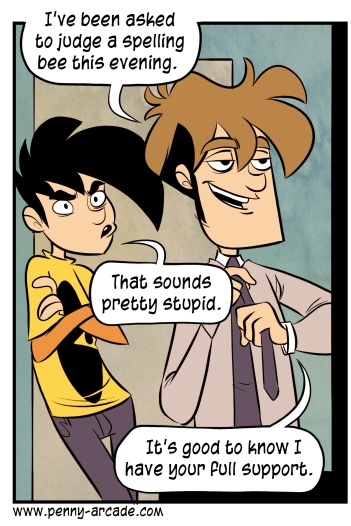 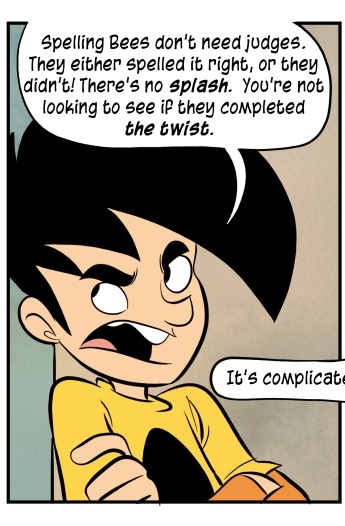 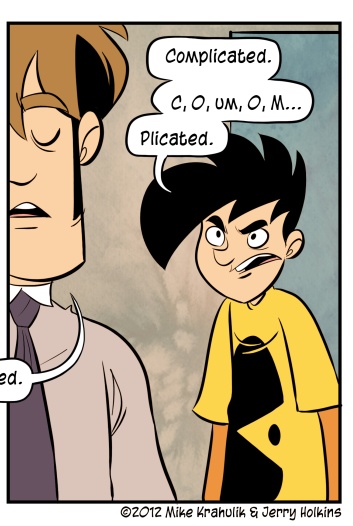 Hugo House is a House for writers, it "fosters" them, it "builds community and engages the Pacific Northwest in the world of writing." They just had their second annual "Celebrity" Spelling Bee, and it was my pleasure to return as Arbiter. It's possible to manifest a smug, trebeckian sort of omniscience at something like this; all the words are spelled out on your paper. I still managed to be imperious, somehow.

I met tons of really cool people at this thing. I heard a funny joke from Emmet Montgomery; I met Suzanne Morrison, the eponymous Yoga Bitch. Tons of fucking people, all great. Not everyone was impressed with this rapid rise in station, and my full submersion in the cream of society. I brushed it off my shoulder like so much dirt; gangster rap has taught me how best to deflect the hater.

Borderlands 2 has occupied more or less every thought today. People describe its raw genetics as an FPS Diablo, as though you could simply put those two things in a bowl and mix them for millions in sales. It don't work that way. Ask the people who made Hellgate: London, a game noone seems to remember. These are literally the people who made Diablo, and even they weren't able to realize this apparently simple formula.

You have a different relationship to an isometric environment than you do to something in first person; looking through your own "eyes," you know right away when you're in a randomized environment. It feels false, and it's hard to feel as though you're displaying authentic valor when you go to these non-places. That's where Gearbox did it right. It doesn't take itself too seriously, which tells you not to take it too seriously; everybody's here to have fun. But you meet distinct characters, in well realized places - which the algorithm then pumps full of its sweet jam (or jam equivalent). That's what makes it work: they isolated the parts that can be safely automated without making you feel like you're engaged in an empty, masturbatory exercise. 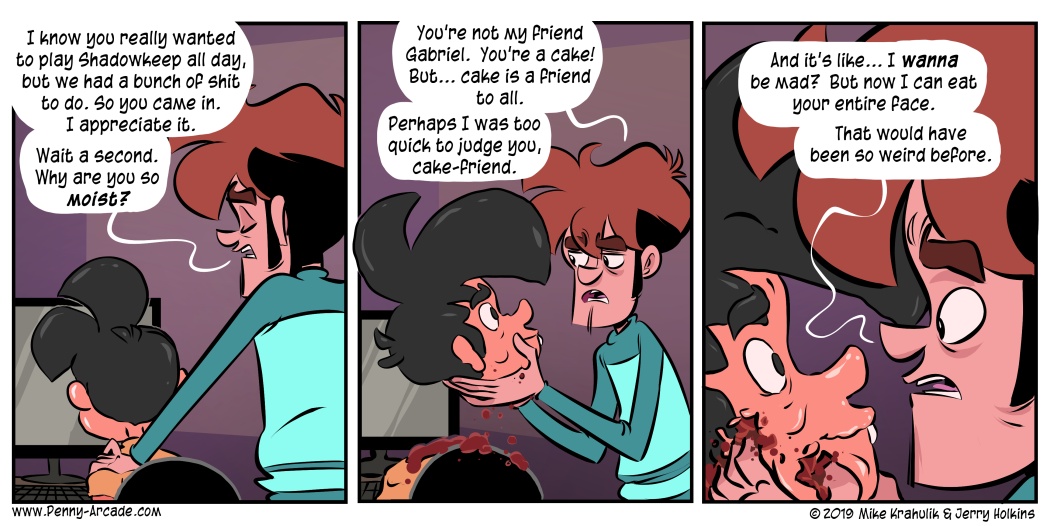