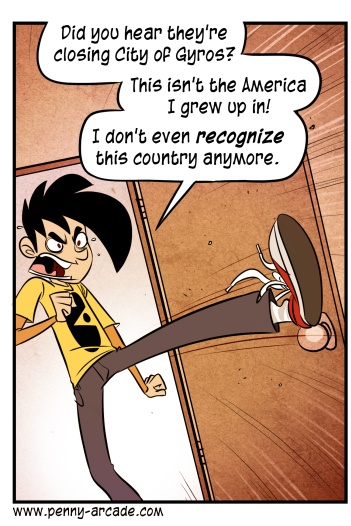 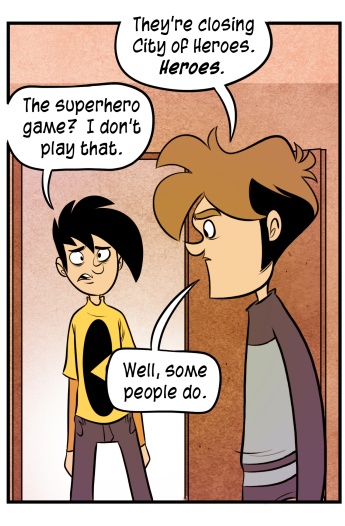 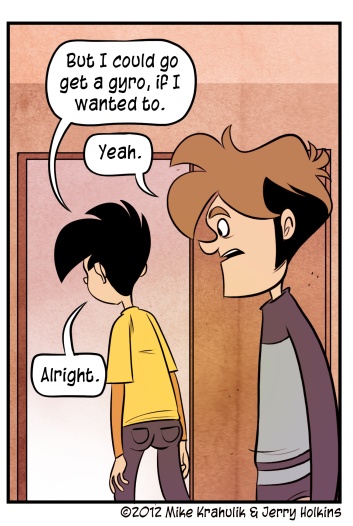 Looking over the FAQ for the City of Heroes shutdown reminds me of the time I found (and subsequently consumed/obsessed over/used as the template for a grim new religion) the documents which obliterated my parents' marriage. It is an utterly, cruelly, unsentimental, unsparingly frank assessment of the things people never, ever talk about until it's time to close the store.

Before I died so many times in rapid succession that my XP Debt functionally entombed my main, the time I spent in City of Heroes was characterized by wonder and amusement. It was Cosplay: The Videogame in a lot of ways - I've never seen people take their characters so seriously, and invest so much. Regular servers were the equivalent of any other game's dedicated RP shard. The peoplewatching was unparalleled, and you were almost guaranteed a reward for looking at someone's profile. I saw my backstory field as an opportunity to reward such Trick or Treating, and I did my best to treat liberally while keeping tricks to a minimum.

Not everybody played it, or understands "what the deal," and since character creation is locked down they probably never will. It seemed like it couldn't possibly be expensive to maintain it, but I've had it explained to me that it's not about maintenance costs; it's about turning that money, the people behind it, and the equipment sustaining it toward something new. That is no comfort, of course; people rarely think of their loved ones as fungible organic compounds. But, there you have it.

I went to Card Kingdom to get a copy of Android: Netrunner, and I was not able to because the game no longer exists outside of people's collections and the occasional overlooked shop. When I was visiting Brenna at college every other week, there was an exquisitely appointed game store by the dorm that sold piles of "failed" games for pennies on the dollar. I mean, like, a box of boosters for five bucks. That's how I got into Netrunner, maybe fifteen years ago, and I found the one other person in Spokane who liked it and we played it into the fucking ground.

It was filed firmly under "Too Beautiful To Live." The game's asymmetry - one player is the Corporation, and one player is the "noble" 'Runner - proved too gnarly for players and the retail edifice. They were really two unique games, here. It's one thing to purchase a booster pack for Magic and get colors you don't want. It's another thing, as in Netrunner, to open a pack and gets cards for a game you don't especially want to play. It would be like ordering the incredible Asian Chicken Ranch but instead of the Chicken you got a tightly folded leather belt. Even if it was a great belt, and you got a lot of belt for your money, that's not what you wanted to eat. And now there's ranch all over the belt. There are no winners in this scenario - only hungry wretches whose pants need perpetual adjustment.

I played another game whose intoxicating asymmetries doomed it - Warhammer 40k - and the rise of deckbuilding as a genre and table gaming as a pastime means that we can explore this type of play in a way that's both less mercenary and also, well, possible. That second one really helps.