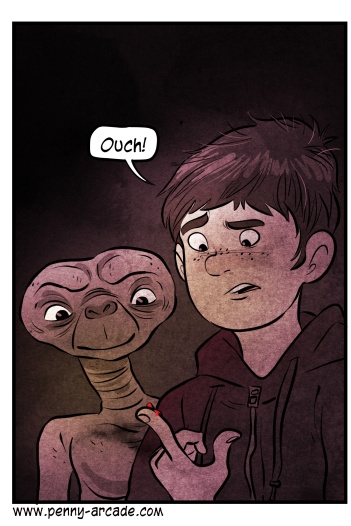 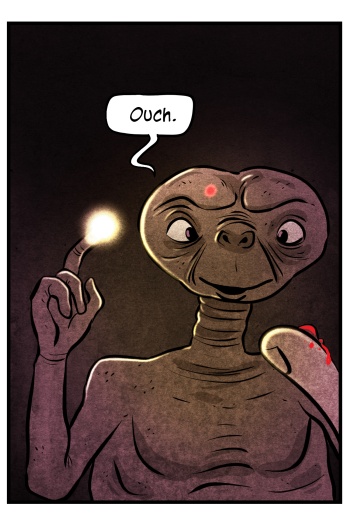 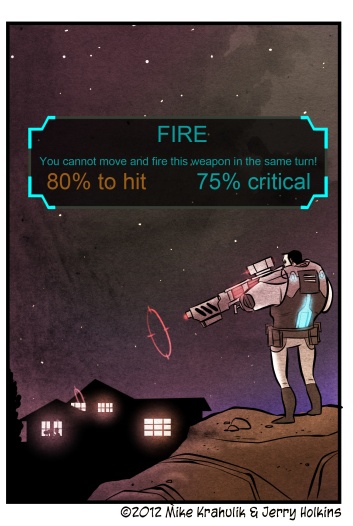 I knew Gabriel when I was an X-Com enthusiast, certainly; I've known him since the Earth's crust was still warm to the touch. We hung out a lot then, but he didn't approve of my weekly spirit journeys and, if it is even possible, he approved of my tactics games even less.

I pitched Robert a show once where I installed the ancient shit I like (with all the necessary accoutrement) and demanded that Gabriel enjoy them also. If he did so, that would be rad, but these games are the digital equivalent of cave paintings. 320x200 is not a lot of two hundreds, any way you slice it. And there's none of the inherent woogitude that smoothed over old console games on a television. Those pixels are just there, in all their serrated glory, sawing through his optic nerve.

The new X-Com is the raw, crystalline manifestation of what I was talking about before: evocation versus invocation. I don't want him to do what I did, I want him to feel what I felt. You don't get there by accident, not with twenty years of attenuation. Just like Hellgate - which, similar to Horse Armor, is an unassailable rhetorical device - you can't simply "build up" from the earlier concepts. X-Com as a series is almost an object lesson in the dangers of building up, with a steaming side-order of the dangers inherent in chasing "today's" elusive "gamer" at every turn.

I love it, but I get more enjoyment watching him play the fucking thing. When he gets the Geoscape to spinnin', when his Overwatch perforates an incoming wave, when he loses someone and he doesn't dilute their sacrifice with a reload - I mean, they managed to give him my ill-spent youth. They did it by being thoughtful about what it means to be an X-Com game. It must have been terrifying, but they did it - and what's more, they were allowed to do it.

Alf and Stitch were also considered for the strip also, but ultimately we settled on the classic.