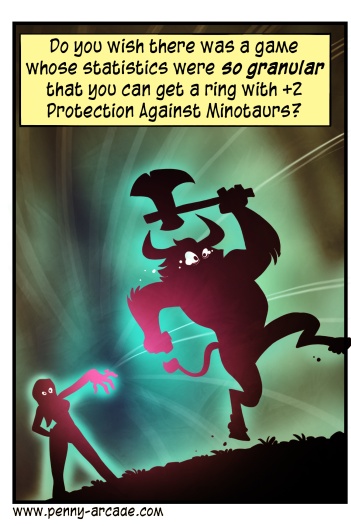 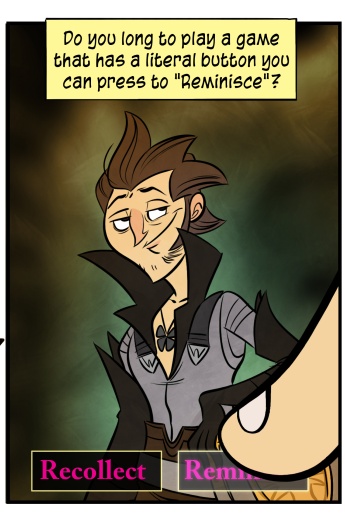 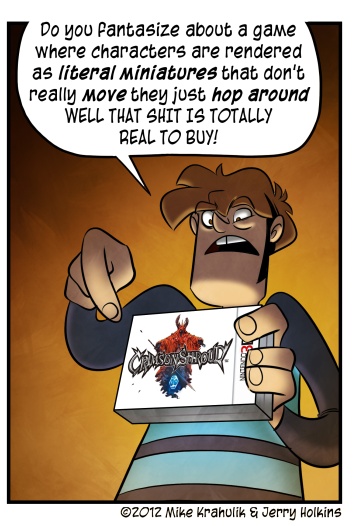 The "metacritic" for Crimson Shroud is all over the place, which is about what you'd expect for such an idiosyncratic piece. It's like a game made on a dare, almost - in Japan, it was part of a compilation cartridge called Guild01, a "who's who" multi-designer release, like some kind of game-punk split LP. It's obtuse, to be sure, but I have to be happy that something like this exists at all.

Not having purchased a WiiU or, indeed, having any real experience of it aside from the noble, progressive MiiVerse, I was very surprised to unwrap a box on Christmas which contained one; it had not occurred to me that I should want one yet, my policy on new hardware has shifted from an enthusiast's zeal to that of conscious entity who makes decisions based on evidence and experience. This is a policy that began with the PSP, and probably should have applied to the 3DS, but my faith in the DS somehow got cross applied. That one turned out okay. Eventually. It took some doin'.

The opportunity to set up a new console was, as I told Brenna initially, the true gift; my television furniture has a thoroughly regimented structure for funnelling this and that, and incorporating new shit into it is a pleasing matter of leveraging its inherent wisdom. It's also an opportunity to make young people feel useful precisely because they are small, with the clever little hands a rodent might have, because as a generality they resent their youth.

It was my understanding from Gabriel and others that the "big update" the WiiU tries to get when you turn it on is, essentially, the update that makes the machine a WiiU. It's not clear what growling chimera rests in the box at the time of purchase, and I was terrified to find out. I want to emphasize that this very large update, which can only be had over Wireless Fi, can fail at any point and necessitate its re-download-ation, and that this can happen more than once, and you can feel an anger that is like the hot lash of a solar flare scouring a planet of life. But then you get it, and there's is a ghost game, and your three year-old daughter can beat you and your son at it, miraculously, and you forgive Nintendo ten times over. I super want to be a hard-ass about it, but I can't. They fucked up and it's complete nonsense but I can't hate them anymore.