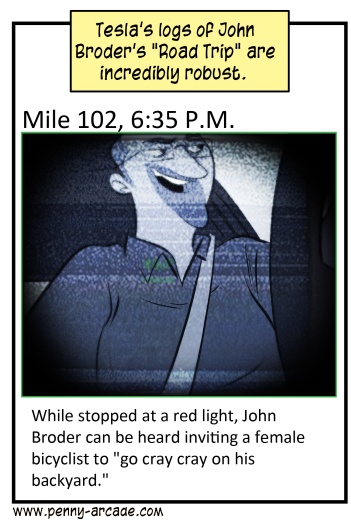 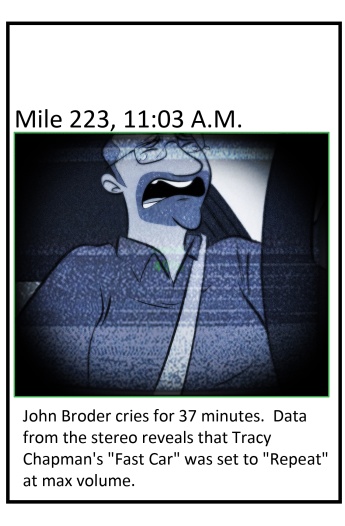 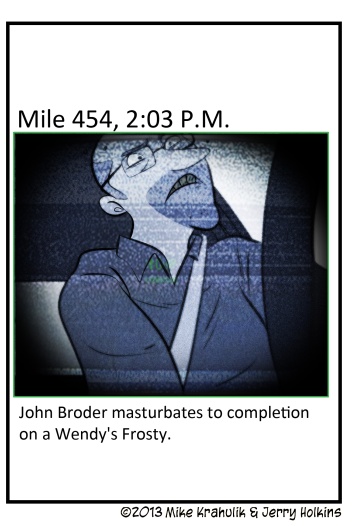 I am not obsessed with cars, but I am obsessed with the Tesla; it's unconscionably priced lifestyle totem, which means (among other things) that it's dork catnip. I don't care about "The Earth" beyond putting things in the right garbage cans; I like electric cars because they're electric cars. They're inherently fantastical, in that they are like the tiny vehicles you play with as a young person and picture yourself driving. The doors really open, though, and they're large enough to enter. These things grant them serious advantages in this arena.

I have a hard time fantasizing about things that aren't realistic in some way - this is something I share with people who are very serious about the length of a Super Star Destroyer for example, or troop levels in the Galactic Rim. For something like this, I sort of need everything to line up internally so that I can allow myself to wallow in it. It's too long, though; it's literally too long to fit in my garage. I measured it so that I could continue to imagine driving one in good conscience, and had to jettison the entire enterprise instead. Rad!

The strip details the Internet's latest rage blister, and being connected to this network, you've probably come across some tendril of it. Long story short: a car dude wrote an article unfavorable to the Tesla Model S, and Tesla harvested the trip information from the car to make the driver look like some combination of a liar and/or an asshole, to which the guy said nuh-uh, etc. In other words, it started out being interesting and rapidly, rapidly devolved into Internet bullshit.

The comment threads which dangle from each spur of commentary about this thing are shot through with electric car opponents and EV idealists who are both incredibly annoying to read. I'm fairly sure that anything that could be called a conversation is over. Indeed, you could be forgiven for thinking that communication is impossible, or that information devoid of bias might not exist. I don't think the topic is even important. It's like ritualized combat, the "dialogue" is simply series of motions everyone has agreed to make.