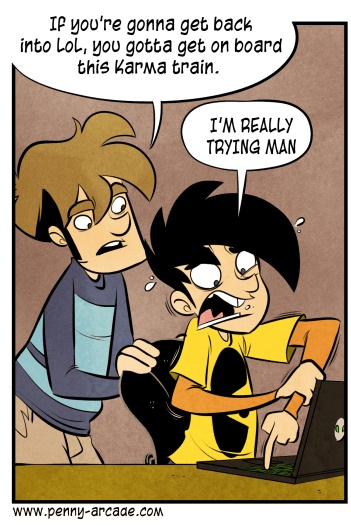 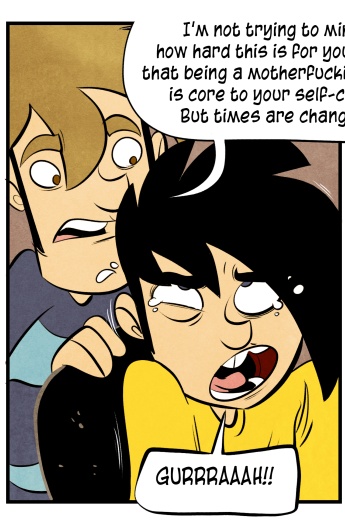 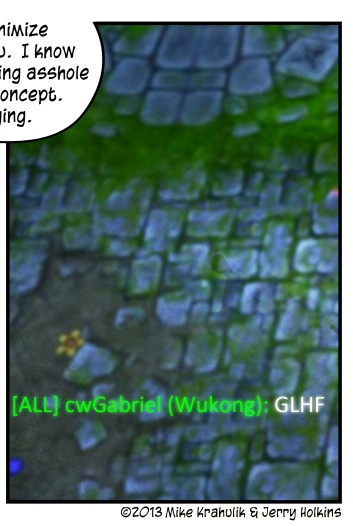 John Gabriel's Greater Internet Fuckwad Theory, from the strip "Green Blackboards (And Other Anomalies)," has proven itself incredibly durable as a conceptual tool. I see it everywhere. It is beyond delicious that its natural truncation - GIFT - is both an actual word and an implication that it is something we have granted, in Promethean fashion, to the race of man.

It's a joke first, the kind which contains a sufficient volume of truth, but its allegiance to the first means that it lacks prescriptive power. It has no utopian payload. It's more akin to those Japanese fairy-tales where a farmer is beheaded and while his head is rolling down the hill he sees everything in a new way, and isn't that tremendously interesting?

was a good place to start, there was a simple modification that might give it more torque, which is fairly typical of engineers. Anyway, her suggestion looked like this:

which adjusts Anonymity toward its functional result. For some reason, and I don't know why, the notion of subtraction, of negation, is much more optimistic that our construction because it implies that you can add something and change it. The underlying assertion is that we can fix this with technology, which, again, you know, engineers. Our conversations tend to be interesting.

Riot took that idea a step forward, even from GTZ's sweet aftermarket mod, with the Karma system mentioned in the strip. I have a neighbor who is one of the designers on Magic: The Gathering, another person with whom I have interesting conversations, and he explained why many gaming enthusiasts have a hard time with Poker with the phrase "Gamers gonna game." It means a lot of different things, but among this panoply is the obsessive, deeply trained awareness of systems.

All Riot did was give people a way to compliment each other. But since it exists within the structure of the game, and has "points," and there are little hands which signify good and evil, and if you are very, very good you get a gold star on your icon, every thread of our compulsive engines begin to hum.