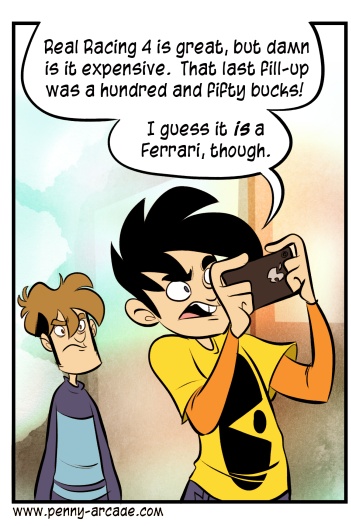 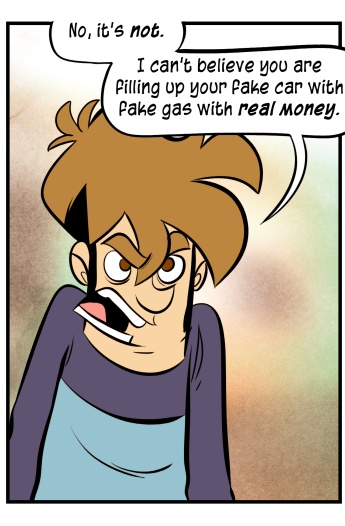 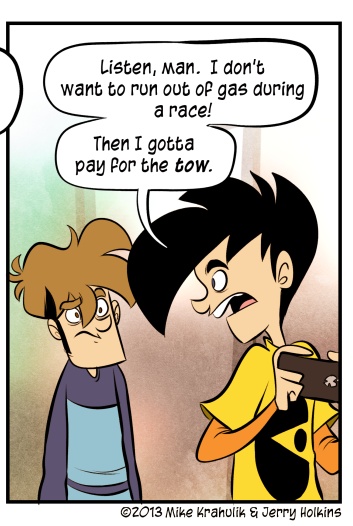 We posit a grim future in today's strip, and you could be forgiven for thinking I was talking about the future, because I did say the literal word "future." But this is more or less the way things work now. If you said "energy" instead of "fuel" you'd be describing the same functional process.

Maybe it feels weird to hold it in your hand or something, maybe that's an affront somehow, but I found many points of commonality between how Real Racing 3 handles its shit and the way Wargaming.net does it in World of Tanks. And World of Tanks has parlayed their particular take on freemium into a ravenous binge of acquisitions, to say nothing of an aerial spin-off. So this is something I think about quite a bit: if we all hate this, can't truss it, won't leave it alone with our daughters, I would be very curious to know who is playing these games. Are we saying one thing, and doing another? Because this is a non-zero figure, people.

The first time it happened, I filed it away, but now that they've gone for it again in such a short period of time we have enough data to draw the line. Hi-Rez Games - Global Agenda, Tribes: Ascend, and Smite - make skill-based downloadable arenas of various types. They've been spinning the tumblr on this for awhile, and here's what they've done twice now: offered all content for a single payment, what we used to call "a videogame." That this is weird at all is... very weird. SMITE, their third-person MOBA thingy, is offering the same deal, but since it's the type of game where champs come out all the time you're paying for every new champion in perpetuity. I hope it works for them, because that's a usage pattern I'm much more likely to adhere to.

Gabriel wanted to know why more people didn't offer that, and I think there's a couple reasons. One, as the recent EA/IAP dustup suggests, making a game you can never own in any way - what I've called The Return Of The Arcade - has got to be incredibly attractive, for obvious reasons. The other reason is that simply revealing all upgrades, which is what you are functionally doing in this case, distends the game's arc. That's the addictive, RPG hybrid they've stuffed in there. You lose it when you go that way.

There are people who find the idea of a product as opposed to a service very appealing, in the same way that there are people who prefer physical media to Fairy Dust. These are all circles that contain portions of one another. They're a different type of player, and perhaps a different type of person, than the one whose ardor is being sought these days. This sense of being displaced is quite real; it can be felt on the back of the neck. 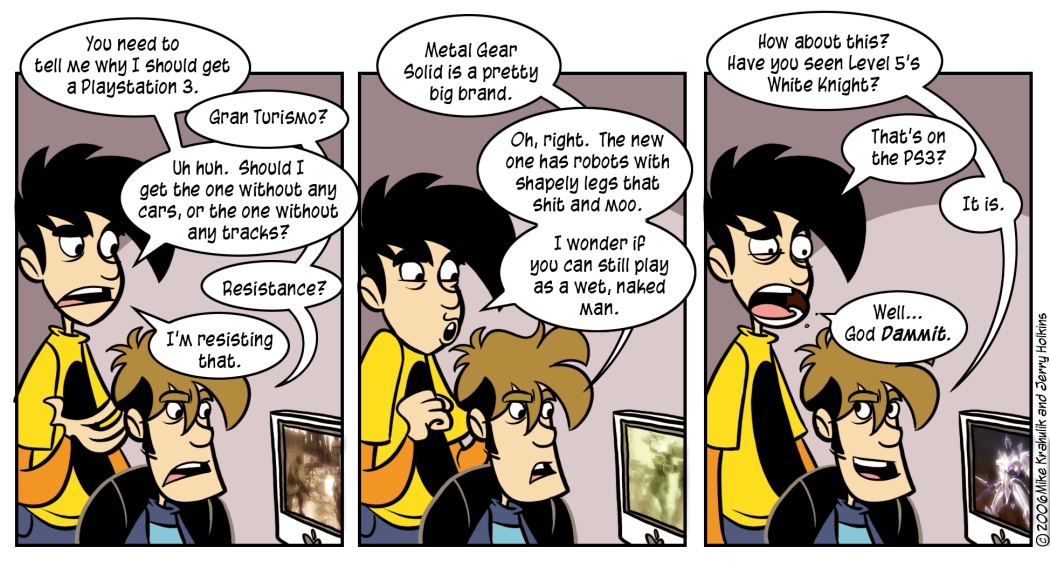