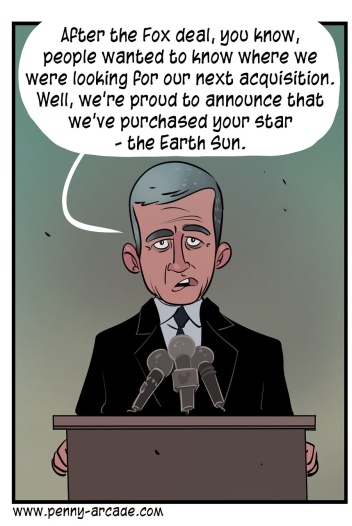 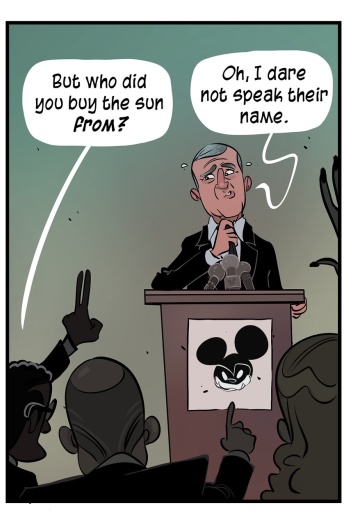 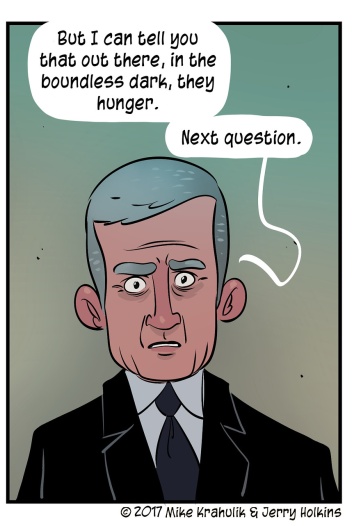 I can't contextualize it in any way. Numbers that big trail off into occult geometries, chthonic vibrations, and hissing parselmouth. It feels like we've entered the Epoch Of Gargantua; these are creatures whose slightest movement carves valleys. I really like a lot of the stuff they make, but I don't know what it means to have this much culture siloed in a single lumbering entity. That's not to say I'm not primed for acquisition! I am one hundred percent ready to be seized by some kind of ray and subsequently engulfed. I'm just saying I don't think we've seen entities of this cultural scope. I'm not certain we know what it means.

We thought about where the Eye might turn its gaze next, and with things like this you gotta dream big. I conjured the aftermarket modifications in my mind; the sun we know, crown'd with two smaller orbs at ten and two, its face cresting a blue mountain range, its light searing and profound.