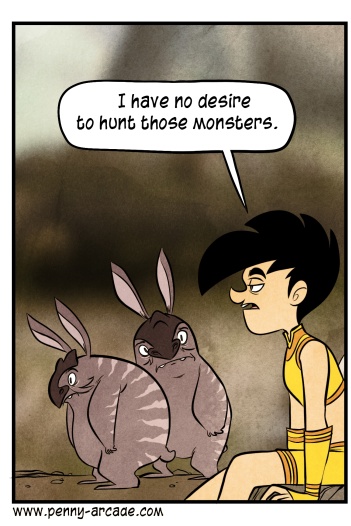 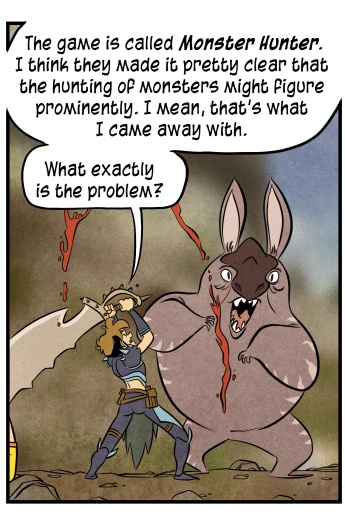 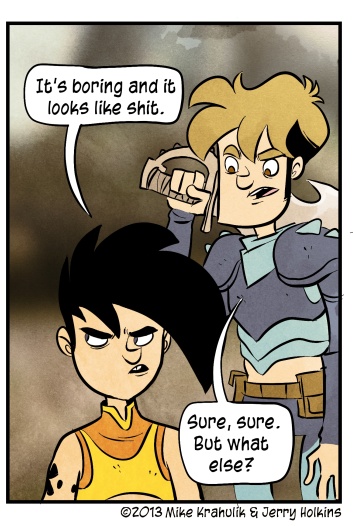 I have gone into what makes Doctor Who simultaneously so Doctor and so inexpressibly Who before. We have family in town for whom The Doctor and his Blue Box are borderline offensive nonsense, so I haven't seen the new episode yet. But I have, kinda. Right? Regardless of the content of this particular extradimensional excursion, its rod and its staff, they comfort me.

Monster Hunter bears no structural similarity, but what it shares with that salvaged warlord is that it is ineffably, indelibly itself. By now, its amalgamation of forms has passed from molecule to element. It would not surprise me if a person didn't like it, and I suspect its completely impenetrable to many people who might actually enjoy it. Except - like Dark Souls, let's say - it doesn't care. You go to it; it has no intention of proving shit.

On the flight to Boston, I finally had time to sink teeth into the game. Because I am "the hardcores," I don't need to listen to any shit from any Village Elder or his super hungry progeny re: any of their dumb crap. I am very comfortable just heading out into the world with my gigantic war bagpipe and bringing the heavy bit right down on a monster's head zone. Here's the deal, though: maybe that old man had some good information, like how to save the game. I didn't pick up on that part. So when the red light started to blink, with mad intensity, I started to run around in a circle and mewl until the toil of the previous 3 hours had evaporated.

It's cool, I played PWN the rest of the time. I wish I'd had a chance to meet them at the show, but you would be surprised how little time three days actually contains.

With Gabriel, that would have been it, though. On Monster Hunter, I mean. He would not put the time back in to something like that. But much of that time was spent learning, and now I learned it; when I went back, I compressed that time substantially. And then I invested a multiple of that time discovering the just-this-side-of-overwhelming array of interconnected systems, and the ur-currency (fighting the urge to coin "urrency." Also, "coin"? I could not be more pleased) that stitches them all together.

I've been away from traditional MMOs longer than Gabriel, and I've always liked crafting more than him, so a game where I can do that without disappointing my friends with my tardiness or lack of sufficient zeal is welcome. I'm ready to do it. And the graphics, well, it might be true that the Wii U version isn't up to par, being functionally a port, and also being on the Wii U. That's not really what it brings to the table. But I play primarily on the 3DS, so when I saw it running on a console, I literally bit my my knuckle and said "Got damn."

There's demos for this shit, maybe you'll like it. And it'll keep, certainly. But it's not coming to you. 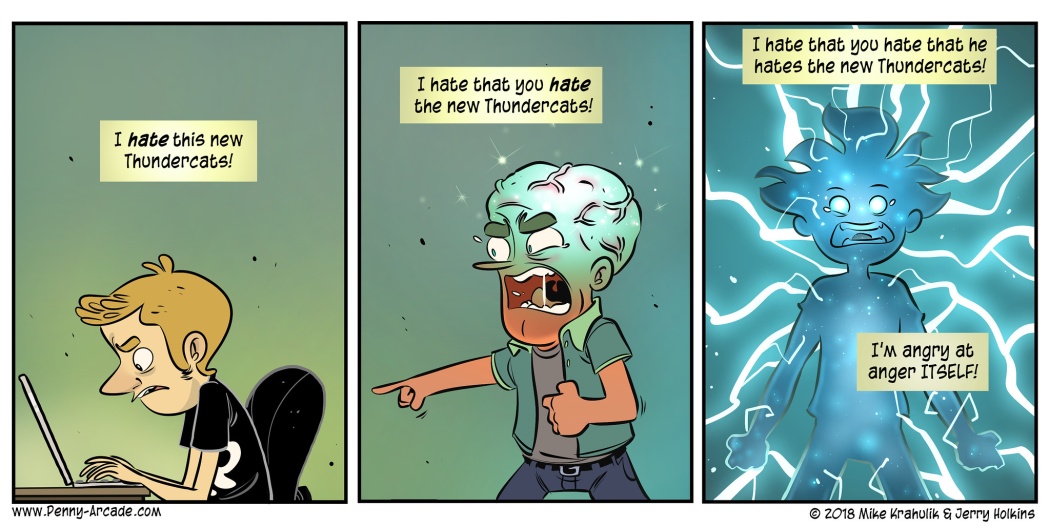