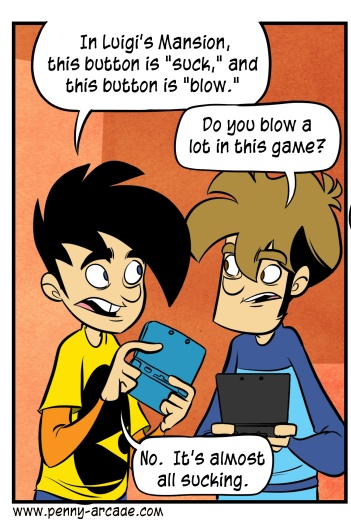 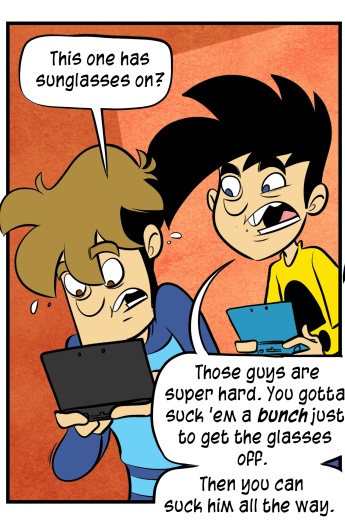 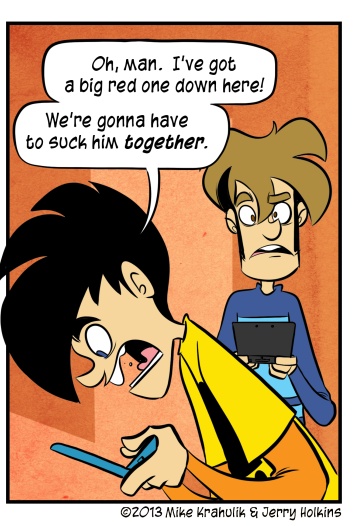 I asked Gabriel if the Luigi's Mansion that just came out for the DS had a multiplayer mode, and he didn't know. I certainly hadn't read anything to that effect, but games for the original DS had a way of hiding fascinating multiplayer gameplay experiments on the cartridge somewhere for play from a single card. The next day, he came back with news: it did have multiplayer. Good multiplayer, in fact. Even if describing how to play it is just inherently profane.

It's fairly easy to learn if you're familiar with the scarifying basics of Luigi's turn as a paranormal exterminator; it's Ghost Fishing, essentially. It's fun. But now you're traversing this spooky house shoulder to shoulder, trying to drag down fearsome megaghosts and their luminous coterie together. Like the other "experiments" I've found, they could take this as far as they wanted to - it's that strong - but this may be all we ever see. It's match based with no progression on any axis, but That's Okay; for a game we didn't even know existed, it's pretty fucking hot.

The whole package is similarly hot; it glows with heat. I felt confident that I knew what to expect, and I got that, but then it kept delivering it in unexpected shape and volume. Especially convincing 3D, loads of what we might have called "traditional adventure gameplay," along with deliciously reactive environments and a ghostbusting vacuum called a "Poltergust." I mean, we're done here. We're all done.

I want to talk a little bit about why I like Strip Search so much.

There are many Reality Television Programs which have as their study the accumulation of Chefs or Drag Queens or Fashion Designers which then do battle. We are big fans of all those shows, which probably isn't very hard to figure out. The trouble is that most people can never go to Hell's Kitchen; you might never be able to see a revue with a winner on Drag Race, and you probably aren't ever going to be able to wear something from the designers on Project Runway. Those aren't reasons not to watch those shows, but it's true. There's a lot about them that remains abstract.

With Strip Search, you can be a fan of these artists today. The nature of their work means that you can go to their websites right now and "eat" it. You can talk to them on Twitter, perhaps to lament their brutal treatment at our hand. This is my favorite thing about the show. We can choose the "winner," the winner of the game, but in a very real way they can all "win." This is the Internet, and that kind of victory need not be in short supply.