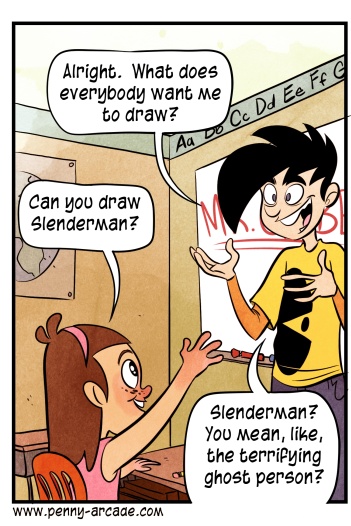 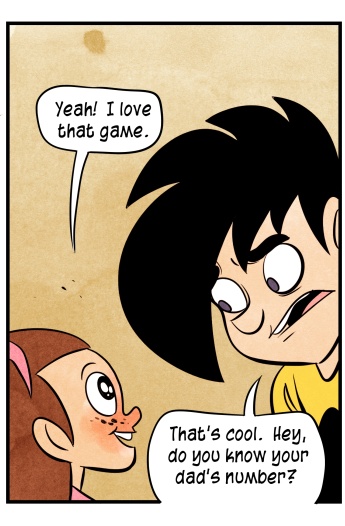 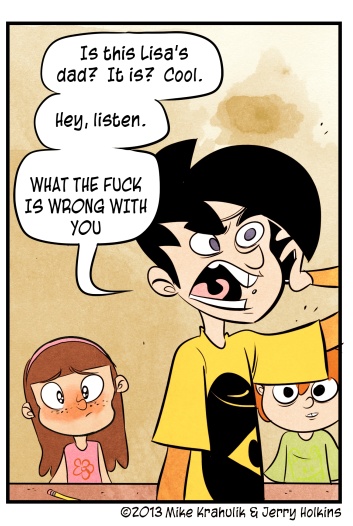 Gabe went to teach cartooning again at his son's school, something young people no doubt crave. Spending time with them is always interesting, because on very rare occasion you will hear what they are actually like.

This has been a not especially good week for Video Game Violence News, unless you actively want more tales of that kind, in which case it was a bumper crop. Everyone has an answer for it, too, and it tends to be the same answer, which is that videogames program young people to kill and no force on earth can halt the conversion.

I found being young incredibly difficult, as I believe I've said before. I think back to the things I did and to the person that I was, and it's way gross. Here, in 2013, I literally purse my lips at an earlier iteration of myself. I don't know anyone that schooling did not render crazy. Seriously, let's ban school first.

These stories are so scary that they interrupt thought, which is something we need to resist. I try to imagine a scenario where my son would play videogames unsupervised for three solid days that didn't culminate in my removing his door.

I'm sensitive to the idea and perhaps the literal truth that raising children is impossible. You don't get absolute control over the inputs. But that's not the same as no control, and if you can't be bothered to craft the context in which the beings you create can understand the world - that's not being powerless, that's ceding power. It's surprising how often people confuse the two, but I understand why. Without agency, you can't accrue consequence. No, I get it.

The content doesn't worry me as much as the "instruction" in interpersonal dynamics does, but maybe that's just me. Nintendo used to manage the lion's share of this by having online that wasn't especially robust. And we can certainly complain about disparities in functionality, but it must have been their conclusion that most of the time voice chat - with the sort of people who chat on voice - isn't fucking worth it. Are they wrong? Microsoft has incredibly sophisticated parental controls, and I'd be surprised if anyone knew. Which is too bad, because if any parent were exposed to even five minutes of Call of Duty lobby chat, "next steps" would be astonishingly clear.

Next steps would involve building a brick shell around the lad, with a little slot in the front for food. Historically, the lass might have gotten a tower, but it's hard to consider that a privilege.