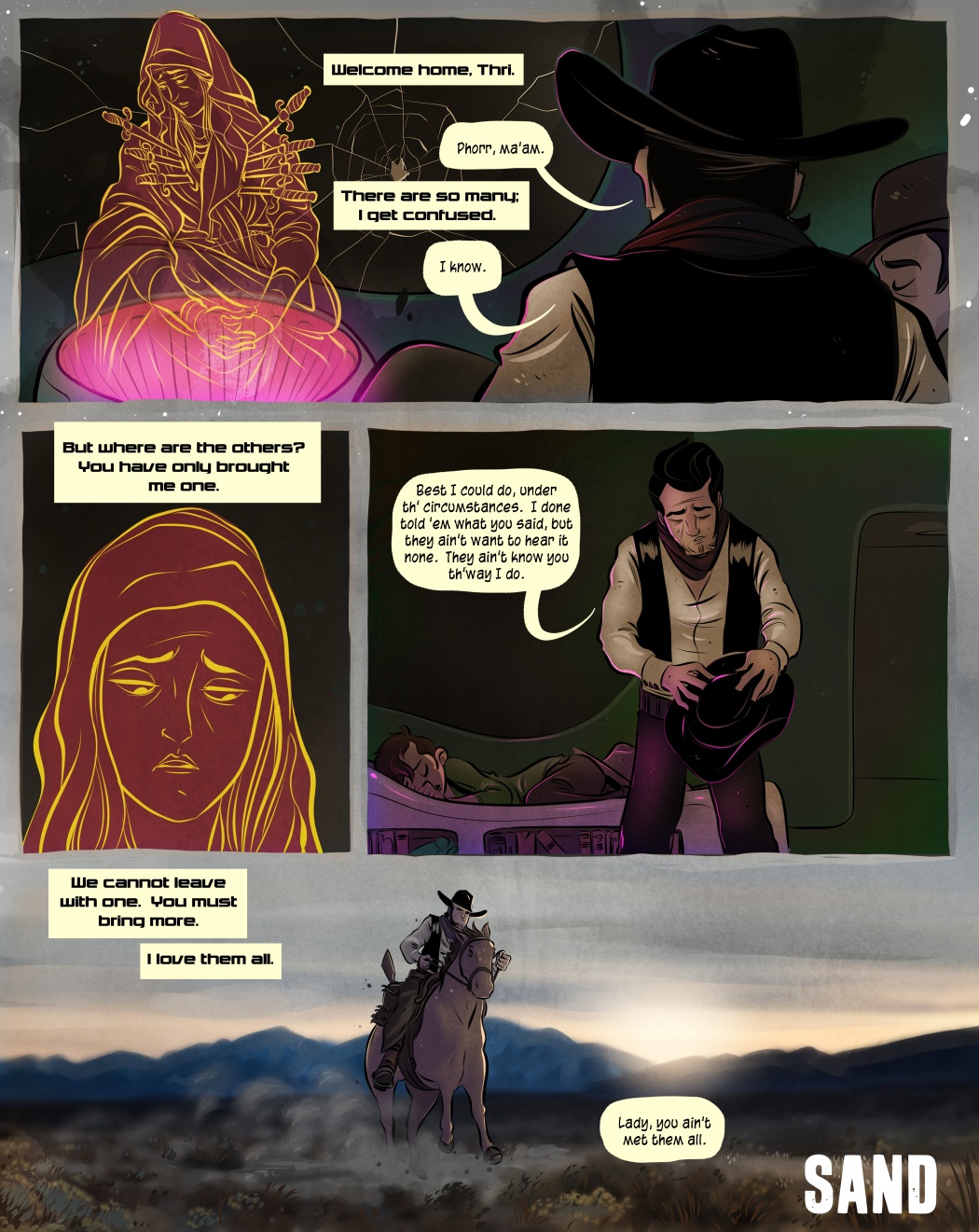 Part Ten, the Final Part of Sand, is now available. There's obviously more to tell, I could tell it for the rest of my life if I decided that was the sort of life I wanted. Next up, though not immediately, are Lookouts: The Tithe and Automata: Silverside. Don't really know what order; whichever one makes the loudest, most insistent subconscious demand. Tithe is about The Daughters of the Eyrewood, which is something we needed to understand for the Lookouts comics we did with Cryptozoic. So, it's still kinda fresh. Also, it's fresh in the way that Doug E. Fresh is fresh - that is to say, it's fly. And there's things you might need to know strictly for cosplay purposes that we're in a position to reveal.

I could quite easily generate more, but a high point for me at PAX AUS was getting a chance to play Splinter Cell's competitive mode with a reader and his stalwart band.

With the exception of Double Agent's implementation, we've championed the mode for years: a breathlessly inventive exercise, it pit two thoroughly different sides in a bag full of spices and then shook vigorously. The community was never very large, though, which is why I am surprised they're bringing it back - with changes, certainly, but with a recognition of that small group that always felt it was for them. Much like the campaign itself, there are different ways to come at the mode, some that go whole hog and others tamped down to more traditional play. At least one of the six or seven games they've decided to include should make an impression.

During the Q&A, a reader asked if I could play it with him. If I can swing it, and sometimes I can, I try to make things like that happen. I was invited to play Thunderstone at the first PAX East in a similar fashion, and now it's the only thing I remember from the show with any clarity. This time, I gave myself well over an hour to walk the five minutes to the booth, and I'm glad, because I actually needed every second of it. Their resolve was absolute; they had taken up spots in line to ensure that we'd be able to play. I got there and more or less had a controller thrust in my hand.

We stood next to each other, but were on opposite sides in the electronic sense, which brought the animal aspects of competition to the fore. I knew just enough from my previous experience and my Conviction playthroughs to be a non-zero factor. So, thanks for that. I almost never get to attend PAX, and for several consecutive minutes, I did. A++, would attend again, etc.