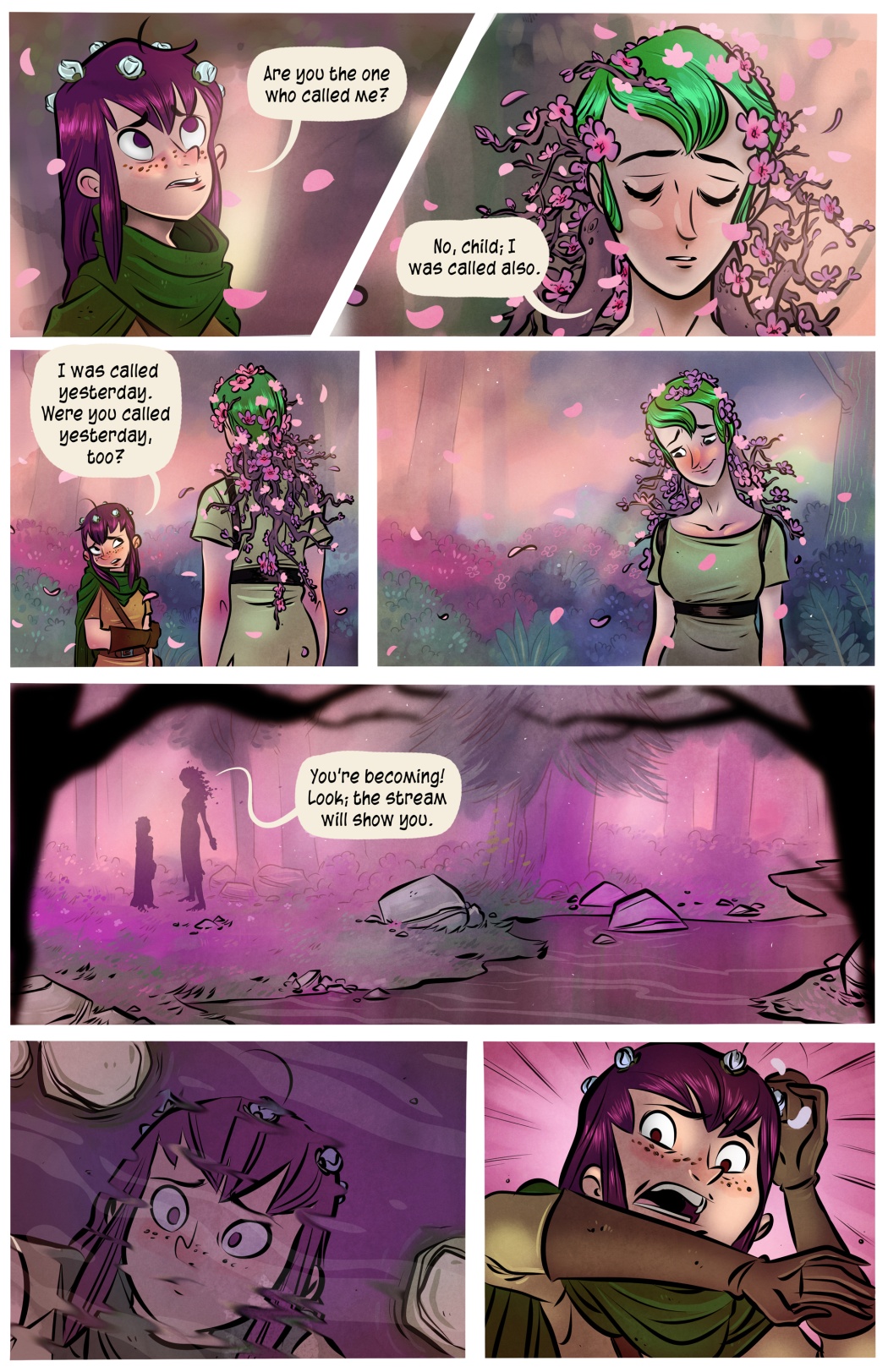 So, there are some strange things about our division of labor that can result in interesting outcomes.

You can see in the strip that we go into the idea of "becoming" a bit. As much as I like to make up words, we already have a lot of them, and one of them might even be perfect. Like, if it has two definitions for example, and both of them are right. Language is the best, best toy. I'm glad that some people like numbers, so my airplane doesn't fall down, but that ain't me.

The breakdown for us typically runs along a what/why/how… trifurcation, I guess it would be. He handles the first, I handle the second, and we can collaborate on the third if needs be. That's how (as he suggested) the words "Adventure/Song" result in something like this. I was here the whole time, and I'm still surprised.

Specifically, though, he drew flowers in a Daughter's hair originally because I don't know why. I don't know why he does any of the Goddamn things he does. If I had to guess, I'd say that intrusion of color was irresistible to him. But the notion of them as actual plants? That didn't occur to me until later, and once it had there was simply no other way to think of them. Like a Winterfresh mouth, it is much, much cooler. And it has the added benefit of you being able to choose your flower, something that matters to you. And it's scary for people to just look and be able to see your secret self. For me, at least, it's a big part of what I like about Daughters of the Eyrewood.

I love the entire next week of pages, I think you'll like them too, but the page I specifically want you to see is the one for next Friday. That one gets way, way down into it.

I've got Harebrained Schemes coming by the office today to show off their Golem Arcana stuff they have up on Kickstarter. We have a lot of wargamers in the office, primarily operating in the Warmachine milieu, and it seems like they want to domesticate that traditionally hairy space by augmenting it with some technology. There's something about it that makes me itchy, under the skin where I can't get to it, and I don't understand entirely what they're getting at. I'll let you know.